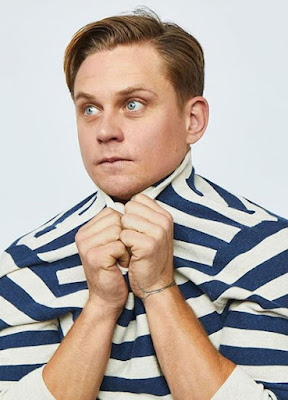 Looks like Cary Fukunaga really loved worked with Billy Magnussen (and his adorkable lil' mustache) on his Netflix series Maniac (and why wouldn't he have?) because rumors abound that he wants Billy to play a CIA side-piece to Bond, James Bond himself, in the forthcoming 007 picture that he's directing! What delightful news. (Thx Mac.) Maybe this will be the time that they'll let Daniel Craig go full-gay and not just flirt with it like he did with Javier Bardem in Skyfall. Alright alright I won't get my hopes up on that count, but that's fine because the studio also wants to hire Rami Malek as the movie's villain and that, under this post-Bohemian dark cloud world we're living in, has brought my high hopes down to Earth already. (You got some work ahead of you, Mr. Malek, before this awards-season's slate is wiped clean.)
.
Who? Jason Adams When? 3:48 PM