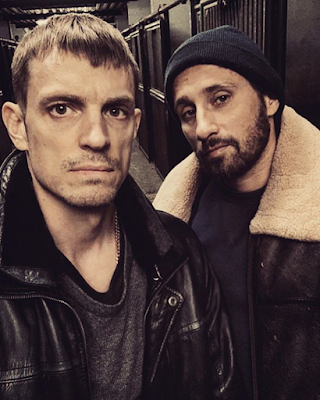 Matthias Schoenaerts and Joel Kinnaman are currently hanging out, as seen there via both of their Instagrams... well okay they're not just "hanging out" as much as I'd like to pretend that Kinnaman's recent divorce has led to this new relationship -- they're filming the movie The Sound of Philadelphia, which I told you about previously right here. Except when I told you about it then the film didn't have Joel involved -- Matty's co-stars were Garrett Hedlund & Scoot McNairy. They're both still listed on the film's IMDb page while Joel is nowhere to be seen, so I'm not sure if Joel's replacing one of them or if he's another character altogether?  Either way we'll keep our eyes on this for sure. And if a picture of those two plus Scoot & Garrett suddenly appears in the world don't worry, you'll know, since you'll hear me screaming from where ever you are. ETA oh look another: 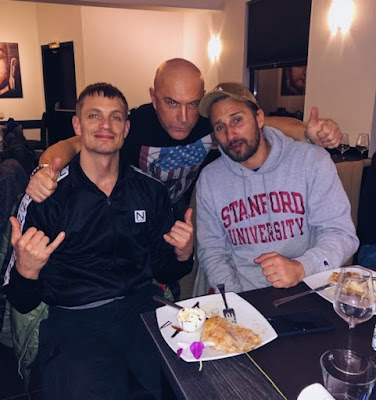 I think Joel has replaced Garrett in this movie! :(