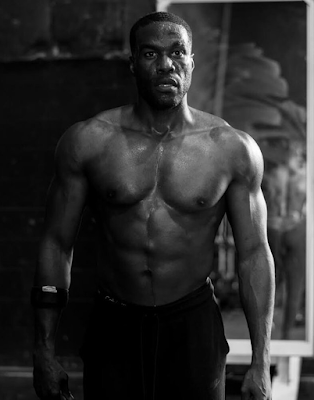 Yahya Abdul-Mateen, who played the lantern-eyeballed villain Manta in the Aquaman movie, is "in talks" to star in the Candyman reboot, which Jordan Peele is producing and co-wrote the script for. I assume that means Yahya is going to play the titular hook-handed villain, and everybody else seems to be assuming that, but Variety doesn't actually say that specifically -- it just says he will star in the film. Maybe he's the straight man? Maybe he's the Virginia Madsen? I'm probably just being tedious and they meant what everybody assumes they meant.

Anyway Yahya is also in Peele's forthcoming film Us that I am avoiding everything about to keep myself unspoiled, and he's playing an as-of-yet unnamed character in the Watchmen series too, so I should probably figure out how his name is spoken. Is it just "Ya-yah"? "Ya-ha"? Anybody know? You can see more of him here.
.
Who? Jason Adams When? 2:31 PM