6 Off My Head - Fresh Frights For Fall 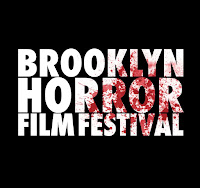 Do you feel that? I think there's a chill in the air! And I think we all know what that means - Autumn is nigh and pumpkins and co-eds are due a good carving, one of them fictionally but I'll leave those choices up to you and your own personal moral compass. Halloween is a mere 44 days away now (meaning the holiday; the remake of Halloween is just 32 days away!) and the lead up to that  means one thing now in NYC - the annual Brooklyn Horror Film Festival is here!

And we'll be covering the fest this year -- thankfully it comes in (on October 11th) just as NYFF is about to leave... probably to murder it, thematically appropriately. Anyway BHFF runs a week, from October 11th to October 18th, and showcases all kinds of killer cinema -- the entire line-up can be scoped out on their website. Tickets are on sale right this very minute! But here, listen to me first, and let me share the six movies (six for evil!) that they're screening that I'm most looking forward to seeing. (Sidenote: I have already seen Cam and it is really great; read my review here.) 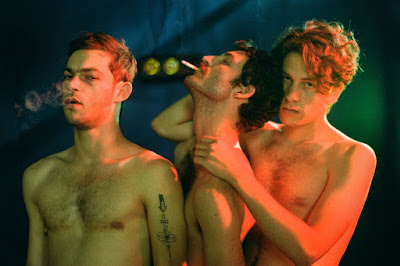 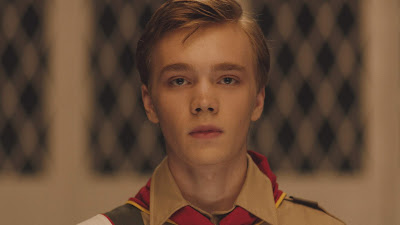 The Clovehitch Killer (dir. Duncan Skiles) -- I'm one hundred percent in on this movie, about a "church-going boy scout" who comes to fear his father might be the titular serial killer, because that boy scout is played by Charlie Plummer, and we're all in on Charlie Plummer after King Jack and Lean on Pete. But we're also pretty excited to see Dylan McDermott playing his maybe murderous pops, too. (Buy tickets here.) 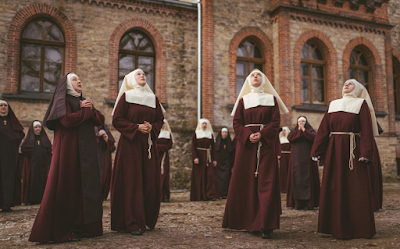 Welcome to Mercy (dir. Tommy Bertelsen) -- This the season for blasphemous nuns (see also: The Nun) and so here's one about a young woman (Kristen Ruhlin) who starts having terrifying visions and goes to visit an isolated convent for assistance, and well you know, isolated convents being isolated convents and all, bad juju time. (Buy tickets here) 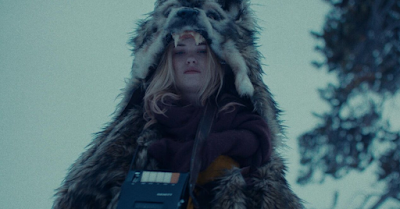 Starfish (dir. A.T. White) -- You basically have me sold on something the second you say it is "Cosmic Horror" because I do love me a good shoggoth. But then they went and described this movie - which is about a young woman mourning her best friend who is then suddenly caught up in an apocalypse - as playing "like Eternal Sunshine of the Spotless Mind as remixed by H.P. Lovecraft" and, well, for sure. yeah. I'm there. (Buy tickets here.) 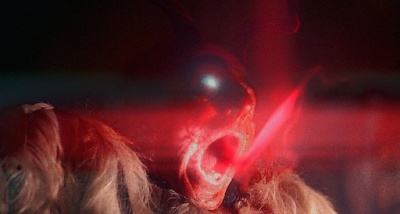 The Field Guide to Evil (dir. various) -- No genre does the Anthology Film better than the Horror Genre, a truth as old as time immemorial. And this sucker's selling itself with its line-up of up-and-coming foreign genre directors each taking a turn at tackling their home country's scariest myths - there are short films by Veronika Franz and Severin Fiala (the directors of Goodnight Mommy), Can Evrenol (the director of Baskin), Agnieszka Smoczynska  (the director of The Lure), and Peter Strickland (who made Berberian Sound Studio and The Duke of Burgundy), among others. (Buy tickets here.) 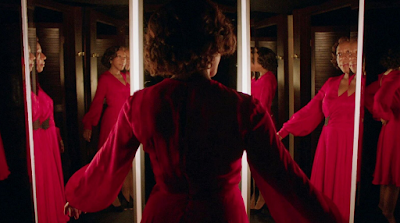 In Fabric (dir. Peter Strickland) -- And speaking of Strickland he's got a new movie of his own playing here, in its NYC premiere - it just played Toronto and the little bit I skimmed (to stay spoiler-free of course) sounded very positive indeed. Anyway this movie's about a killer dress (a la Queen Elizabeth's noted fright frock, although probably a more consciously diabolical sort) so who cares what anybody else has to say -- I am seeing this for myself the first second I can. (Sorry folks, this one's already Sold Out!)

And that's just scratching the surface - again, go check out the whole line-up right here. And on top of all the new stuff they're also screening an amazing batch of classics, including Sleepaway Camp, The Burning, The Funhouse, and the original and glorious My Bloody Valentine, so... you know. For sure. I am so so there. Save me a seat, Harry Warden...