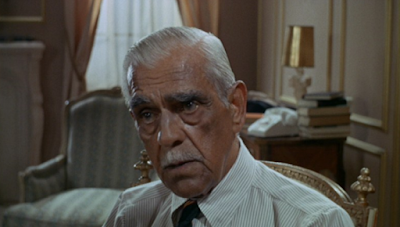 Byron Orlok: Ladies and gentlemen, boys and girls, I'd like to leave you with a little story to think about as you drive home... through the darkness... Once upon a time, many, many years ago, a rich merchant in Baghdad sent his servant to the marketplace to buy provisions... and after a while the servant came back, white-faced and trembling, and said, 'Master, when I was in the marketplace, I was jostled by a woman in the crowd, and I turned to look, and I saw that it was Death that jostled me. And she looked at me and made a threatening gesture. Oh, master, please, lend me your horse, that I may ride away from this city and escape my fate. I will ride to Samarra and Death will not find me there.' So the merchant loaned him the horse and the servant mounted it, and dug his spurs into its flank, and as fast as the horse could gallop he rode towards Samarra. Then the merchant went to the market-place and he saw Death standing in the crowd and he said to her, 'Why did you make a threatening gesture to my servant when you saw him this morning?' And Death said, 'I made no threatening gesture - that was only a start of surprise. I was astonished to see him here in Baghdad, for I have an appointment with him tonight... in Samarra.'

Peter Bogdanovich's great great great film about a handsome young Vietnam veteran turned sniper looking to murder everybody he can at a drive-in movie-theater (where Boris Karloff, playing a version of himself, is making an appearance) turns 50 today, and honestly it's as important and meaningful a film, a document, a piece or art, as ever. I saw the film in 2009 and shared a couple of briefs thoughts on it at the time, but mostly I used that post to make sweet love to its imagery, which is pale and beautiful in its barrenness. 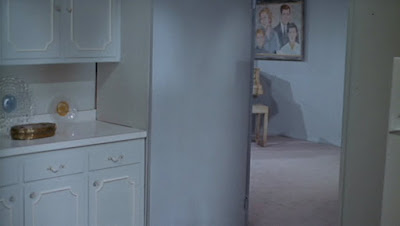 I also just recently named the film one of the five best of its year. If you've never seen the movie I recommend you do so right this minute - literally stop whatever you are doing, drop whatever things you are holding, tacos, babies, sexual organs, and go find yourself a copy of this movie to watch. You won't regret it.
.

I agree with you. Targets is a great movie and one of Bogdanovich's best. I had the pleasure and privilege of meeting him twice and I interviewed him once. He's a genuinely nice man and has such knowledge of cinema!