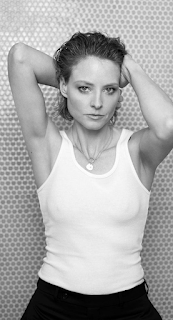 --- The Last Woman - Granted it's been several years since I have re-read Brian K. Vaughn's glorious comic series Y: The Last Man - a series I can't recommend highly enough to y'all, by the way; I have been blathering on about it ever since, after all - but I have no recollection of ever thinking to myself when the series was fresh in my mind that the role of Yorick's mother would be a hot ticket for a big name when they got around to casting the thing... and yet here we are and there's a rumor going around that the first person attached to the series is no less than Jodie Foster to play Yorick's mom. I mean, great! Jodie is great! Silence of the Lambs is my jam! I'm just wracking my brain to remember the importance of Yorick's Mom and wondering how this might skew the focus of the show, is all.

--- Robot Mama - Shooting has begun on the new Terminator movie, which is being directed by Deadpool's Tim Miller and is being billed as the real official sequel to James Cameron's T2, aka we should forget all those crappy sequels (sorry but you'll have to hold me down and lobotomize Jai Courtney's Almost Naked Scene out of me), and holy shit-balls it's a thrill to see Linda Hamilton playing Sarah Connor again. See the pictures over here, and then stay tuned for pictures of Mackenzie Davis butching it up in a dirty tank-top cuz why not? 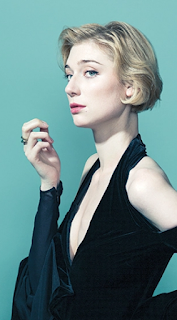 --- Fantastic Beasts - About a month ago I told y'all about Lovecraft Country, a horror series being produced by Jordan Peele that's basically giving the Old Ones inventor the anthology treatment. It's based on a 2016 book by Matt Ruff that I have not read. Anyway I guess Peele's involvement is enough to get some awesome and exciting names involved cast-wise, including most enticingly drumroll please Elizabeth Debicki! Elizabeth Debicki versus Cthulhu! Elizabeth Debicki could totally kick Cthulhu's ass, you guys.

--- Grand High Excuse Me - For some reason Hollywood has decided to make a new movie version of Roald Dahl's classic book The Witches when we've already got Nicholas Roeg's practically perfect 1990 version with Angelica Huston - don't ask me. But they are getting Robert Zemeckis to direct it, it looks like, and that's not a bad idea if they have to do this. Zemeckis has had a few years of not-quite-up-to-snuffs but this seems like a possibly good match.I don't know. I don't really let myself get too worked up about remakes anymore - the originals still exist for us to watch. So the question turns to - who would you cast as The Grand High Witch?

--- Hulk Out - You might've already read this since it was making the rounds pretty hard yesterday but Vulture's piece ranking the Marvel Movies by gayness is high hysterical work by good ol' Kyle Buchanan - I laughed mightily and long. I had a hard time picking just one favorite bit but then I realized something even more important...
.

You know the world has gone off the deep end when I - we're talking about ME here - had totally forgotten we see Hulk's big ass in Thor Ragnarok pic.twitter.com/JoaxqZ4COS
— Jason Adams (@JAMNPP) June 20, 2018


--- You Shall Not Pass - There's a documentary about Ian McKellen called McKellen: Playing the Part that's making the rounds starting this week - you can see if it's playing anywhere near you right here - and our pal Nathaniel got to chat with the doc's director for Towleroad, read the interview right here. I saw the doc earlier this week and it's worth checking out if you're a fan of the actor - it reminded me first and foremost what an incredibly brave move it was for him to come out  thirty whole years ago in 1988. Just wow. 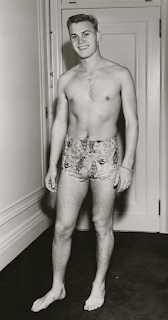 --- Tab Up - Last week we heard that the real-world 1950s closeted romance between actors Tab Hunter and Anthony Perkins was getting turned into a movie - this week Attitude caught up with Tab himself and got some good quotes from him on that romance and what we should probably expect from the movie, biographically speaking. It's pretty much like I said - this was not a great romance; I hope the movie stays true to the difficulty of what the two had, even just personality-wise, because that seems more interesting to me than some rose-colored version. (thx Mac)

--- And Finally it's been a very long time since I've done one of these link round-up posts so this news is weeks old, but I can no longer allow MNPP to exist without this news-story written somewhere upon it - Brian De Palma's next movie is going to be a fictionalized and no doubt controversial version of the whole Harvey Weinstein Horror Show. I can't even entirely wrap my head around what that movie will be, but I have already bought my tickets to opening night. In related news and worth reading is BD's recent editorial about how Dressed To Kill is the ultimate American Giallo, which I agree with one thousand percent.

I'm not sure if she's quite old enough, but I'd love to see Andrea Riseborough take on the role of the Grand High Witch

OH MY GOD I LOVE YOU FOR EVEN GIVING ME THAT VISUAL, ANON

It'll probably be Meryl as the witch.

Also, how could you reference Jay Courtney's almost naked scene without a link to pics, gifs, video, etc.?

Uma Thurman or Siggy Weaver as the High Witch, please!

How could you not want Vera Farmiga as the High Witch is beyond me... So much scenery could be chewed.

Would it be cliche to cast Eva Green?

I love all of your ideas, folks. I did actually think of Eva Green as I was posting this. SOMETIMES CLICHE IS CLICHE FOR A REASON - IT IS CORRECT. :)