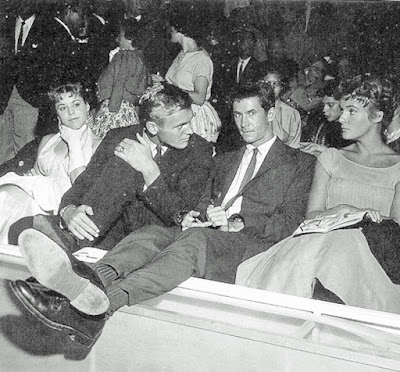 The relationship between the actors Anthony Perkins & Tab Hunter in the mid-1950s is one we've covered here at MNPP plenty over the years - here's a little post but really just scroll through our Tab Hunter Archives and you'll see Tony all over the place. These classic Hollywood gay romances (see also Cary Grant & Randolph Scott) fascinate me, as I think they do any movie-loving homosexual so it was only a matter of time before Hollywood, full of movie-loving homosexuals itself, caught up. And by "caught up" I mean "gave a gay person enough power to produce something of this sort."

Enter Zach Quinto! He's teaming up with his Star Trek buddy JJ Abrams to produce a movie about those two titled Tab & Tony, which will apparently take its inspiration from Tab Hunter's (wonderful) autobiography of a couple years back and which had a couple of chapters devoted to their time together. What I think is especially interesting about this is those two have never really seemed like they had the great love affair we might want to ascribe to them - it always seemed like they probably had some really good sex but that was followed by just a couple of deeply difficult years together, made all the harder by a business that refused to let them just be, but also by a mis-matched clash of personalities.

Those two factors fed one another, obviously - their relationship fell apart when Tony pursued a film role, that of baseball player Jimmy Piersall in the 1957 film Fear Strikes Out (and a terribly, terribly apt title, that; that could probably be the title of the bio-pic itself), which was a role Tab had just played for TV; basically Tony swept in and stole Tab's big role out from under him. 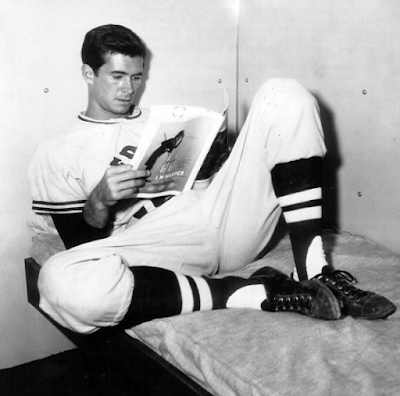 Anyway as soon as this news broke last night everybody on Twitter was throwing out casting ideas - this was a good one, I thought...
.

Well because it should be Andrew Garfield and Billy Magnussen.
— Ryan (@sortathatguy) June 6, 2018

.
... although they're both 10 years older
than Tab & Tony were at the time.
I thought maybe you could go this way:
.

I have to think about it more but you could probably just throw a couple of random twinks from Dunkirk in there and call it a day pic.twitter.com/Rshf733ogO
— Jason Adams (@JAMNPP) June 7, 2018

.
But I am putting it to y'all!
Give up some casting ideas in the comments... 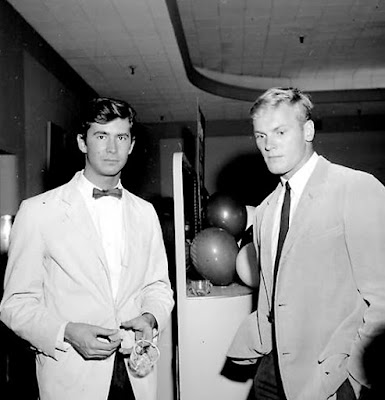 I'm sure his agents would advise against doing another gay role so soon... but he would be kinda perfect, no?

On the newest episode of his podcast, RuPaul was telling Miles Heizer to emulate Anthony Perkins' career, so...

Ooh, I love the Ezra Miller suggestion. I know it's not realistic, but it would be nice if they cast out gay/queer actors in these roles.

Having read both bios of Tony Perkins's tortured life, every time I see Andrew Garfield I think Perkins. But, a film bio of Perkins that included Tab Hunter would be far more interesting to me than one set around their relationship only.

Speaking of gay old-hollywood actors, I wish I knew what was going on with that Monty Clift biopic played by Matt Bomer. Argh.

And if they ever made a Paul Newman biopic Armie Hammer totally looks the part for it.