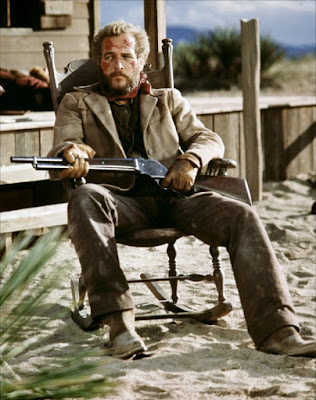 Say goodbye to the 1970s, everybody! This morning when I asked my phone to give me a random number between 1 and 100 and Siri replied with the number "72" she chose the last year of the 1970s that we hadn't yet done for our "Siri Says" series here. The 60s and the 80s are both getting close to completion too, but the 70s - the decade that many straight white men people point to as the height of the cinematic form - beat 'em to it. And now for your clicking convenience I'll link 'em all up: 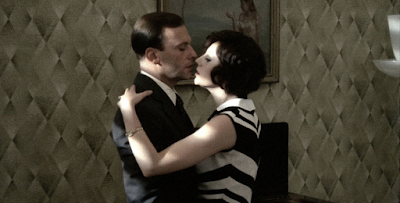 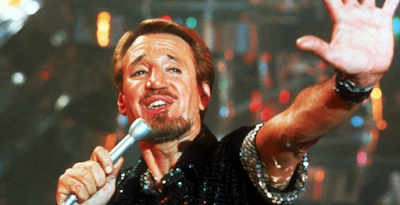 So onto some talk about The Movies of 1972 now then. Or the context of the movies of 1972 first anyway - this was the year that Richard Nixon won re-election and the massacre happened in Munich during the Olympics so, you know, it was kind of a shitty time to be alive. It was a dark year. (It feels familiar in that way!) Seriously though, some of the great directors (Hitchcock and Bertolucci and Bergman) were putting out very dark films and horror films (like Wes Craven's Last House on the Left) were going very dark indeed. I suppose it was the Charles Manson Effect?

Anyway the biggest box office hit was also the year's biggest critical hit (when does that happen anymore?) with Francis Ford Coppola's The Godfather, which, sigh, I like just fine... but you're not going to see me writing any Muriel's Wedding type shrines to any time soon. 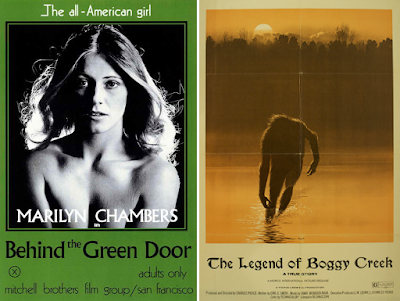 But speaking of the box office I was shocked to see two titles in the year's Top 10 - the fourth biggest movie of the year was the porn film Behind the Green Door starring Marilyn Chambers. I knew it crossed over in that sleazy 70s way (I use that "sleazy" with longing) but I had no idea it made 50 million dollars! And the second surprise on the box office of the year sits at number nine, where the "horror docu-drama" The Legend of Boggy Creek sits. The film is a low-budget piece of garbage (I found it nearly unwatchable when I reviewed it in 2009) but it supposedly scarred a ton of children at the time, and it made a whopping 20 million bucks (something like 130 million now). It's also the grandfather of the "found footage" genre, inspiring the makers of The Blair Witch Project.


So that's way more introduction than I usually do
for these things - let's get to the meat of it!! Here are... 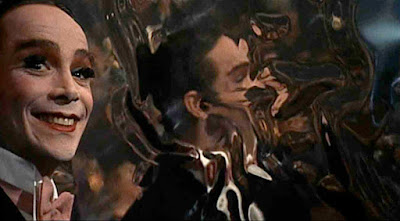 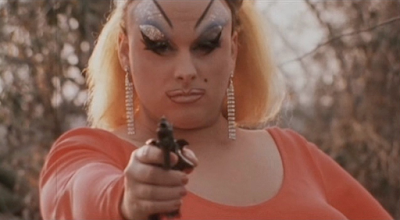 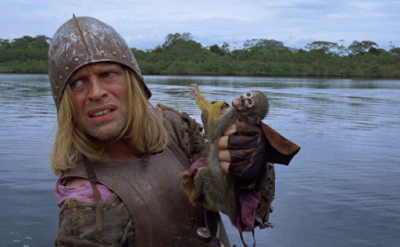 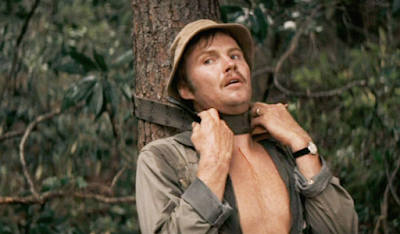 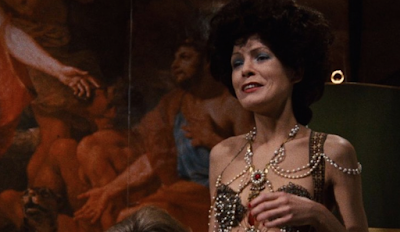 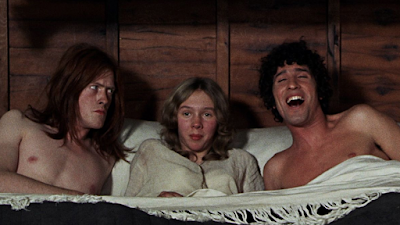 I can't recommend What's Up, Doc? highly enough. For me, it's not only the best film of that year, but one of the great classic comedies.

I had no idea The Poseidon Adventure made that much money, but it is quite entertaining.

I was one of those scarred children. At the age of 6, The Legend of Boggy Creek scared me so bad that I imagined Bigfoot trying to grab me every time I went to a bathroom that had a window in it. I've seen it as an adult and it really doesn't hold up at all, but as a six year old it was the scariest thing,ever!

I don’t have as many films that I love this year as in some but enough to come up with a two tier top 10-in order of preference.

With regards to Cabaret, there are parts that are extraordinary but I’ve never been able to love it the way others seem too. But then I’m close to the same on The Godfather. I will join in the recommendation for What’s Up, Doc? Not only Streisand at her saucy and sassy peak but it has the divine Madeline Kahn as THE Eunice Burns!

Second tier:
The Hot Rock
1776
The Godfather
The Other
The Scientific Cardplayer

Where the year was much richer for me was in television, both TV movies and specials, and I have an extensive list of faves there. These are my top 10 in some semblance of order.

That Certain Summer-Groundbreaking drama, the first where the subject of homosexuality was looked at compassionately, with Scott Jacoby as a young teen who goes to visit his estranged father Hal Holbrook in San Francisco who left his wife Hope Lange for his lover Martin Sheen.

Liza with a Z-Liza at her peak.

The Daughters of Joshua Cabe-Widowed fur trader Joshua Cabe (Buddy Ebsen) who left his three young daughters years before when his wife died needs them now to claim his land. When they refuse he recruits three ladies of looser morals, a pickpocket (Sandra Dee), a hooker (Lesley Ann Warren) and a thief (Karen Valentine) to take their place.

Say Goodbye, Maggie Cole-Maggie Cole (Susan Hayward), a suddenly widowed prosperous doctor, goes to work in a slum clinic where she butts heads with the abrasive physician (Darren McGavin again), who’s already there. Enormously successful film was to go to series but Hayward was diagnosed with a brain tumor. This proved to be her last film.

The Night Stalker-Darren McGavin in his first foray as Carl Kolchak, gruff reporter who keeps running into all sorts of night creatures including vampires.

The House without a Christmas Tree-Bittersweet Yuletide tale with Jason Robards and Mildred Natwick.

When Michael Calls-Helen Connelly (Elizabeth Ashley) begins to receive calls from her nephew Michael who died 15 years hence. After each call the subject of the call dies, will Helen be next? With Michael Douglas and Ben Gazzara.

Something Evil-Steven Spielberg directed chiller about a couple (Sandy Dennis & the very busy Darren McGavin) who buy a Pennsylvania farmhouse where strange things begin to happen.

The Millionairess-Maggie Smith in the Shaw play.

Other goodies:
She Waits-Possession thriller with Patty Duke, Dorothy McGuire and Beulah Bondi.

The Crooked Hearts-Two old con artists (Rosalind Russell & Douglas Fairbanks, Jr.) try to scam each other. Roz’s only TV movie and her last film to boot.

Thanks for the links to the other years of the decade!

if you worship at the altar of madeline kahn [and i know you do] you must watch what's up doc? asap

The Ruling Class is an excellent example of your theme.
It starts out as a comedy and even breaks into song, but gets darker and darker until it's midnight black.

Where is the love for Sounder? There's an essay topic for anyone who cares to dive into it.

What's Up Doc? is the greatest screwball comedy ever! At least tie-ing with Some Like It Hot.

Lets take a moment to think on how song-and-dance man Joel Grey beat film methodist extraordinaire Al Pacino. Both performances meticulously thought out but Grey's Emcee is completely organic while Michael's strings are showing. Michael's amoral streak is broadcast while the Emcee's evil is subtly teased out. You can't quite put your finger on why but one has the impression that he is the devil and somehow responsible for the misery and desperation all around.