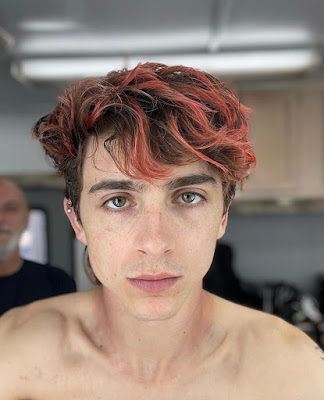 Thanks to hair-stylist Massimo Gattabrusi for sharing this behind-the-scenes photo of the hair test for Timothée Chalamet's character in Luca Guadagnino's cannibal romance Bones and All today on his Insta! You can also see a photo of Timmy's CMBYN papa Michael Stuhlbarg getting his creepy extensions fitted there, haha. B&A is the other movie I was trying to remember earlier when I mildly complained that all of the weirdo movies I voted for in my critic's group awards didn't make the final cut -- you'd best believe that B&A was all over my ballot. Alas once again Luca's movie was too weird for wide-spread acclaim. But it sure worked for me -- here is my review, and here is a second piece I wrote about its long since vanished Oscar chances. Y'all know that box office and awards mean very little to me -- I have had to become this way after too many burns for the things I love in those departments -- so just the fact that we have Bones and All as is, forever, to enjoy and to love, that's my reward. Speaking of -- have you pre-ordered your blu-ray yet? It's out on January 31st! 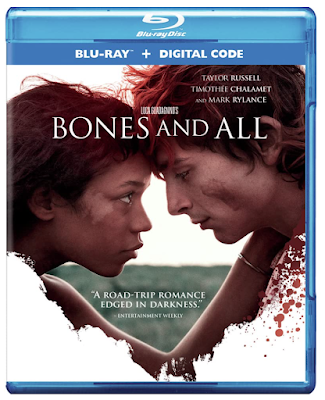 Haven’t seen the movie… I’ll assume that being a neo-vampire isn’t good for one’s complexion.