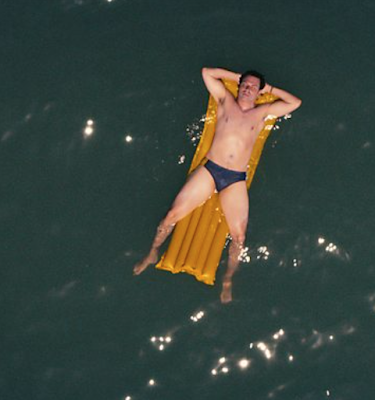 In April of last year I told y'all about a show called The Gold that was being made that would have amongst its cast the MNPP ultra-threesome of Dominic Cooper, Jack Lowden, and Tom Cullen -- huz-fuckin-zah, man. Well today the first photos from the show have arrived (thanks to Emma for the heads up) and could it be??? Is that Tom Cullen in a speedo??? It is, it is! Reminds me of the time Dominic Cooper starred in The Devil's Double and rocked a speedo, so let me refresh your memories on that...

... not that I think anybody who'd seen that at the time has forgotten it. But I could honestly post a refresher of that every single day and I doubt I'd get a single complaint. (See more here, in fact.) Anyway this show just became Must See TV. What is it about, you ask? That matters, I ask back? Fine fine, it's about the true story of an enormous bank robbery in 1983 yadda yadda criminals and coppers and whatnot. It his the BBC "soon" is all that article says, so we'll keep an eye out. For now hit the jump for a few more photos of our boys... 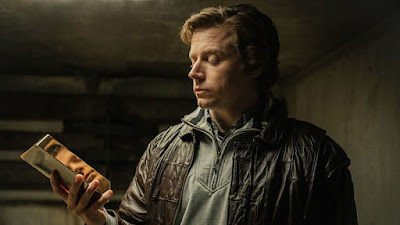 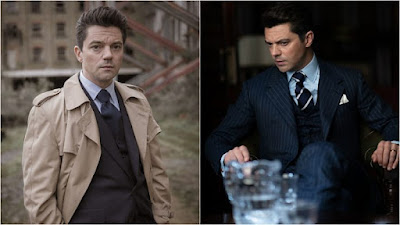 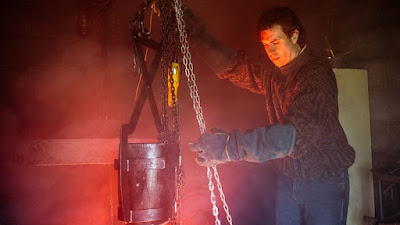 Glorious. I just made this over the weekend: https://letterboxd.com/underwear/list/dudes-in-underwear-or-swimwear-on-the-poster/

Anon -- you're right, as of now, but they totally changed it! I checked that site when I posted it this morning and it said it was Cooper then. I bet Tom Cullen saw and was like, "I put on that goddamned speedo -- give me my deserved attention!" haha. Anyway I'll fix the post, thanks for catching that