Triangle of the Small Seventh King 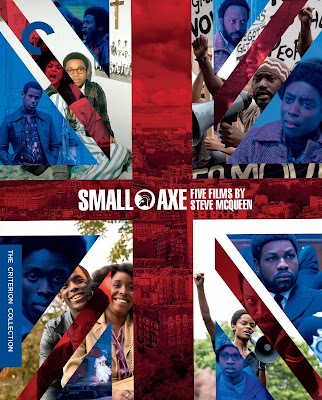 Tis the happiest day of the month, Criterion Announcement Day! These titles are all dropping in April of this year, starting with and most excitingly director Steve McQueen's five-film series Small Axe, which screened on the BBC in the UK and on Amazon here in the US. All five, set in the same West Indian neighborhood in London over the course of a few decades, are magnificent -- here is my review of Lover's Rock, and here is my review of Mangrove, and here is my review of Red White and Blue. I never reviewed the other two (because they didn't screen at NYFF like those three did) but they also rule. This set hits on April 25th. 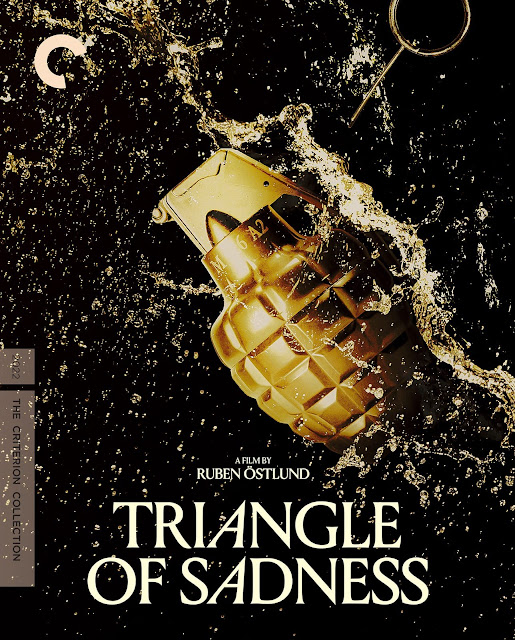 Next up and nearly as awesome -- they've got Ruben Östlund's current awards-prospect Triangle of Sadness also hitting 4K and blu-ray on April 25th! (Love that cover.) Have you seen this movie yet? I've seen it twice but weirdly never reviewed it? I thought I had but... nope. Huh. Anyway I like it quite a bit! Yes it's fairly blunt in its aim but sometimes (I say this often) bluntness is needed. And everybody's absolutely stellar in it -- I'm happy that Dolly De Leon is probably going to get an Oscar nomination but we should also be giving more love to Harris Dickinson, who works real magic with an extremely tricky role.

We should definitely be talking more about the first sequence in the film, the excruciatingly awkward between him and Charlbi Dean (RIP) -- such a barn-stormer. Aaaanyway the other discs hitting in April are all upgrades to 4K from already existing Criterion blu-rays -- they consist of Ingmar Bergman's The Seventh Seal (out on April 18th) and Terry Gilliam's The Fisher King (out on April 11th). I should probably try to watch the latter again someday -- I haven't seen it in ages because I hated it back in the day. Perhaps I've grown into it? 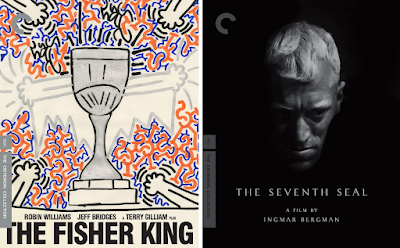