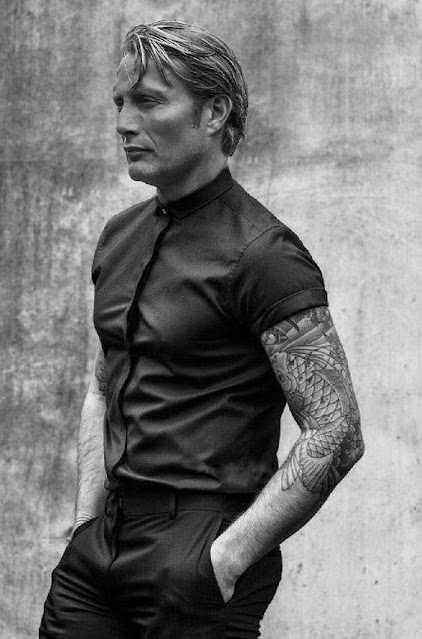 Yesterday's news that Hannibal and Pushing Daisies god Bryan Fuller was going to be show-running a Friday the 13th prequel series called Crystal Lake for Peacock had already knocked me straight onto my bum -- oh and there's a little update regarding rights, too:

This essentially means the A24/Peacock CRYSTAL LAKE series has access to the whole franchise, but my hunch is that Fuller isn’t terribly interested in serving up more hockey mask Jason. Pamela has his heart. We will see! https://t.co/J5a5sFsDcq


But as if that wasn't enough, here I am, on my bum all over again, as THR is reporting that Bryan's gone and written a movie called Dust Bunny and he's planning on directing it and oh, a little somebody named Mads Mikkelsen is going to star in it.

"Mads Mikkelsen is set to reunite with his Hannibal creator Bryan Fuller on the newly announced feature Dust Bunny.... Principal production is set to begin in January 2023. Dust Bunny will tell the story of an eight-year-old girl who enlists the help of her intriguing neighbor to kill the monster under her bed that she believes ate her family."

They go on to call it "a throwback to the family horror films of the 80s." I guess Bryan has been a busy bunny during pandemic times! Dude makes me feel so goddamned lazy, but that's for the best -- he's way better at what he does than I am at literally anything, and we should all be very very very excited to see what he's got in store with us with this. Original storytelling! It can still happen! Here's a happy Hannibal flashback to celebrate with: