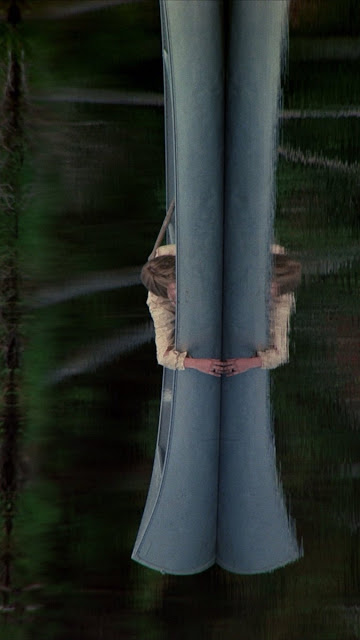 Spectacular horror news here for our Halloween! Variety has announced that a certain Bryan Fuller chap will be show-running a Friday the 13th prequel series titled Crystal Lake for Peacock and A24! You might know that we've been without new Friday the 13th content for over a decade now because of legal issues far far too boring to get into -- but Bryan, having wrangled with such nonsense before and come out on top with Hannibal (there they didn't have the right to use anything from Silence of the Lambs) has proven he's just the man for the job. Hell, Bryan proved he was just the man for the job five years ago when he had a giant Friday the 13th themed Halloween party at his house and had a custom-crafted Mrs. Voorhees sweater made for himself. 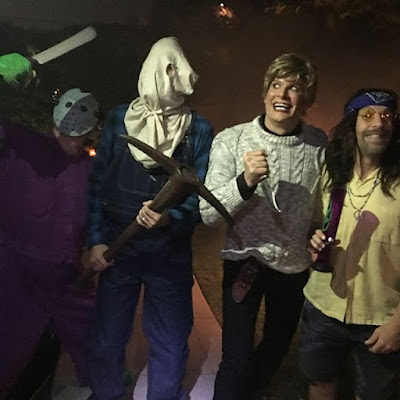 (pic via) One of the great regrets of my life is not having been at that party. Anyway to my fellow Friday fanatics rest assured we're in excellent fanboy hands on this, is my point. He loves those movies deeply, and I cannot believe how fortunate we are to have him be tackling this. Anyway because of the boring rights stuff I don't want to get into Crystal Lake will only have the rights to everything from the first film, hence the prequel status. I imagine we'll be getting a period piece involving a younger Pamela Voorhees then. Will Jason be out in the woods unbeknownst to her? That would make sense I suppose. We'll have to wait and see what they come up with! Until then I leave you with what Bryan had to say:

“I discovered ‘Friday the 13th’ in the pages of Famous Monsters magazine when I was 10 years old and I have been thinking about this story ever since,... When it comes to horror, A24 raises the bar and pushes the envelope and I’m thrilled to be exploring the camp grounds of Crystal Lake under their banner."