5 Off My Head: My Marty Top Five 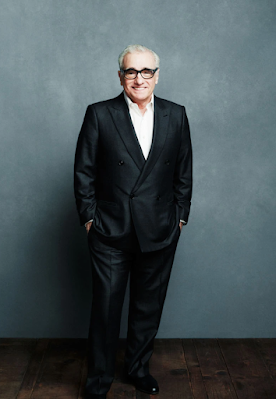 It's short king Martin Scorsese's 80th birthday today! And while we've still got him and he's still plowing out the hits -- The Irishman is wonderful, I don't care what you "too long" naysayers say -- we need to appreciate the fact that we've been fortunate enough to live in the time of a true master. Not just to see his new movies as they come out but to get to listen to him talk about movies, which is one of the world's greatest privileges from where I stand; I've been in a room with him listening to him do exactly that several times now and it's oxygen and ecstasy.

Anyway I think I have maybe never done one of these lists for Martin Scorsese before because how does one narrow down Martin Scorsese's movies to a top five? A top ten -- that's twice as many! -- would be difficult. But I'm going to force myself anyway, because arbitrary lists fuel the world now. (I have previously done a list of My 5 Favorite Female Performances in Marty's Movies, but that one was way easier to narrow down haha.) Anyway as you'll see my list might be considered somewhat atypical when it comes to Marty's greats -- what can I say, I recognize the brilliance of his Gangster Films but I'm not really a Gangster Film kinda guy. I like it when he does the other stuff. What kinda other stuff? This kind: 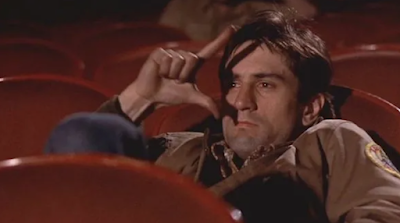 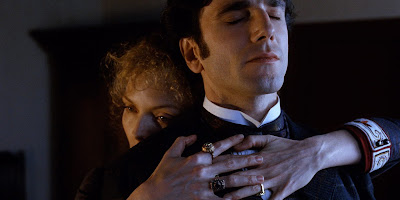 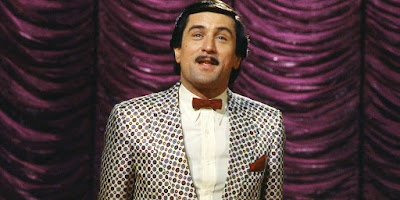 What are your favorite Scorsese pictures?
Who? Jason Adams When? 11:12 AM
Labels: 5 Off My Head, birthdays, lists, Martin Scorsese

Cheers for mentioning the very quirky After Hours, often forgotten from his works. I wouldn’t put it or Age of Innocence in my top five, I would switch them out for Raging Bull and Goodfellas. Yes, maybe those are more “conventional” picks but I think for good reasons.

These are the films I think about The Age of Innocence,Goodfellas,Casino,Taxi Driver and King of Comedy.

I have to be honest, my memory's foggy because I haven't seen Raging Bull in probably 20 years? I just got the Criterion disc though so once I have time I've been meaning to re-watch. I remember being a fan but I couldn't put it on this list. The closest any runners-up get to my five-some is probably Goodfellas, which'd be my fave of his gangster movies. I also adore Casino.

Honestly there is probably only one Scorsese movie I actively don't like and that's Wolf of Wall Street.

Jason: I don't care for either Raging Bull or The Wolf of Wall Street. My choices would be Alice Doesn't Live Here Anymore, The Age of Innocence, Goodfellas, Gangs of New York and Taxi Driver.

There is no denying he's a tremendous talent but I'm very variable on his films. Some that are venerated-Taxi Driver, Raging Bull and The Departed to name a few leave me cold and his love of excessive vulgar language (to clarify I don't have a problem with swearing just on an overreliance on it-I think it's laziness on the writer/director's part and takes me right out of the film) has ruined several of his pictures for me.

All that said my top 5 are:

I also loved his documentary about his parents Italianamerican.

The problem with The Irishman wasn't that it was too long, it was that it wasn't good. 70-year-old DeNiro playing a 30-year-old man curb-stomping another man? Yeah, no.

Plus the last third of the film was just everyone making phone calls to someone else. It was boring, repetitive and un-cinematic.

That said, I think I'd go with:

But I admit there's a lot of films I still haven't seen.

I agree with all of Jason's picks except Cape Fear, which I found one of Scorsese's worst (up - or rather down - there with Shutter Island). I'd probably put Goodfellas in that 5th slot.