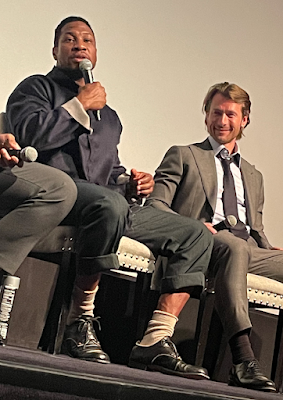 Due to the (ongoing) pandemic it's been somewhat muted, my star-fuckery over the past couple of years -- you tend to not go to tons of live events when there's a raging illness suffocating thousands of people per week. But I've been making my way slowly back into the world in dribs and drabs -- this year's New York Film Fest really got that ball rolling -- and so last night I found myself at a screening and Q&A for the film Devotion, out next week, starring Jonathan Majors and Glen Powell. I have talked about this movie some here! Just some, haha. I'd already seen the movie (just last week) but knowing those two were going to be there for the screening last night got me back -- I'll review the movie next week, but for now I just wanna share some photos. 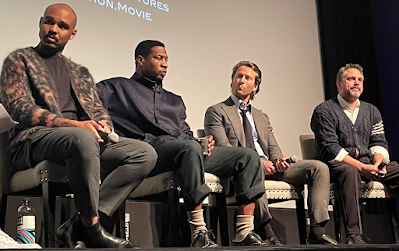 Since I risked the plague and all I might as well get some "community engagement" out of it! Also there was actor Thomas Sadowski -- who is apparently married to actress Amanda Seyfried, and she was there and introduced the movie, which you'll see below -- and director JD Dillard. After the screening and Q&A there was a reception and I stood closely, awkwardly, near both Jonathan and Glen at the bar without talking to them, aka my usual creep routine. It was great! Anyway I took a bunch of photos and a few videos, and if you hit the jump you'll see all of it... 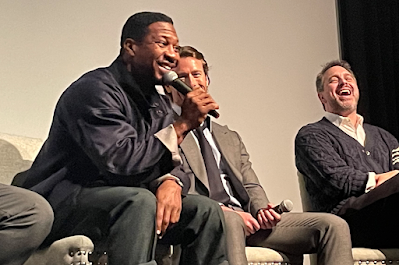 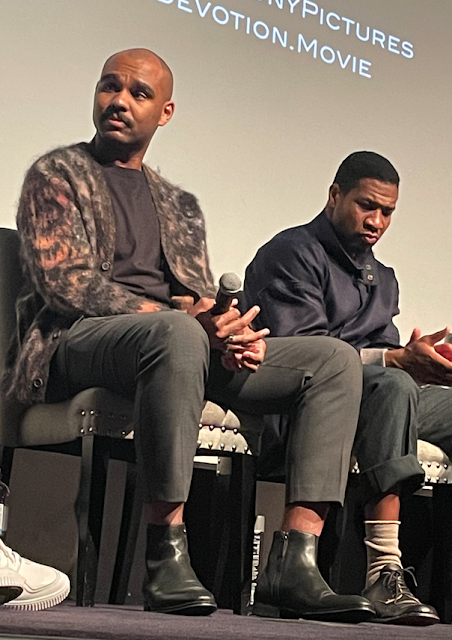 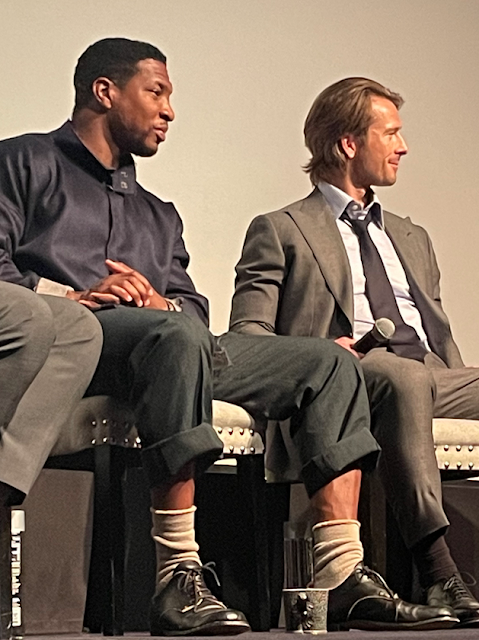 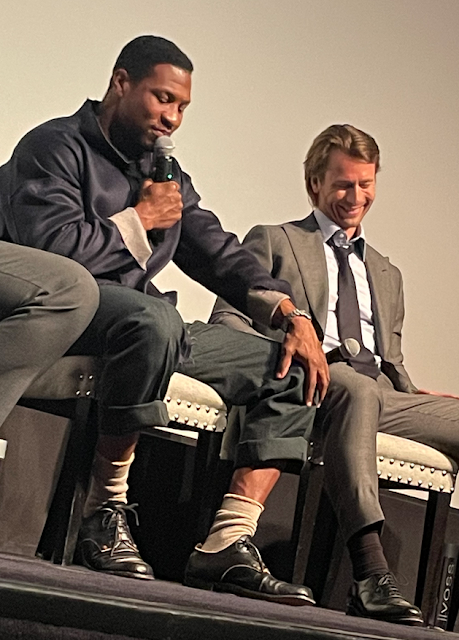 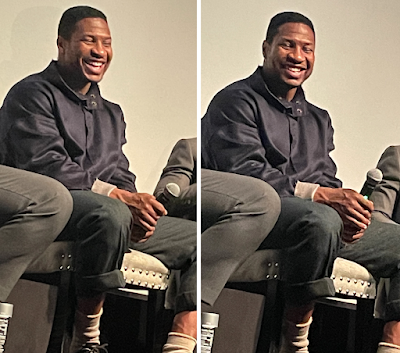 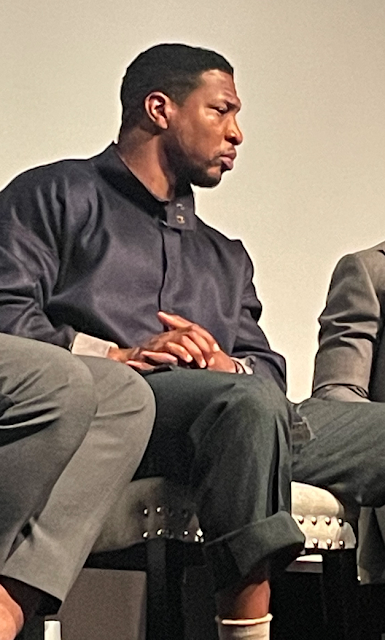 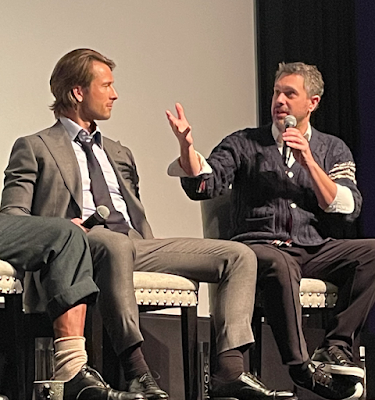 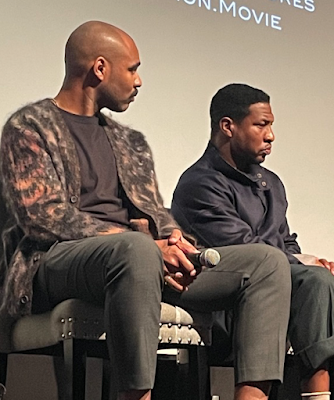 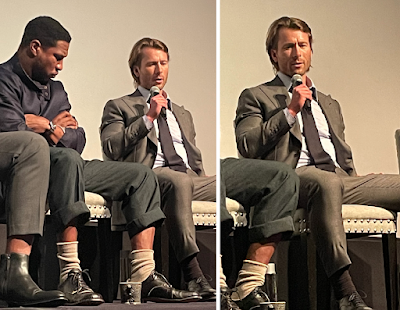 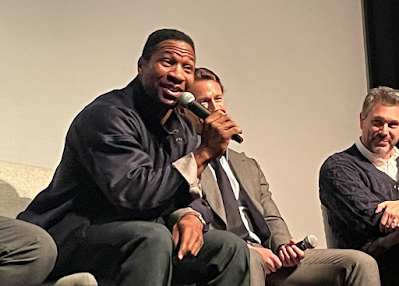 It sure would be nice to see a video of their meeting in the bathhouse.