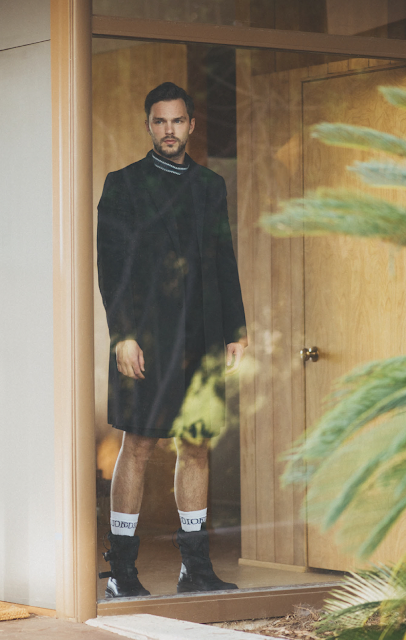 After it was announced that Bill Skarsgard would be playing Count Orlok in Robert Eggers' new Nosferatu movie one week ago today it didn't even occur to me to expect any more sexy menfolk to board the film -- I mean how do you compete with that the sexiest of rat-vampires anyway? The role of Harker -- excuse me, the role of "Hutter" (don't sue me, Bram Stoker's estate!) -- is usually a bit of a dope. I think I will forever have trouble getting Eddie Izzard's melodramatic buffoon performance in Shadow of the Vampire out of my head -- I mean even Keanu in Coppola's Dracula film is a punchline (a punchline I think Coppola intended, which I think a lot of critics of the film miss). 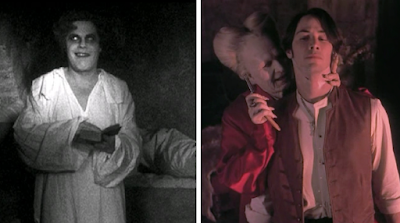 Anyway today Deadline reports that Nicholas Hoult's is joining Robert Eggers' movie -- they say his role is unknown but I really don't know who else he'd be playing other than the Harker/Hutter character. And you know what? As Nicky's proven with great excellence these past few years in The Favourite and on The Great the pretty boy can do dim-bulb like nobody's business. So if he is indeed playing that role I can 100% see it. Can't you?

Isn’t he also playing Renfield in an upcoming movie ?

YES he is, I had forgotten that! Good catch, Simon

The delicious Oliver Jackson-Cohen is the only Harker haunting my dreams.

A young Bruno Ganz played Harker perfectly in Herzog's Nosferatu. Same era as he starred in Wender's The American Friend. He combined sweet, intense and very hot, albeit a bit thick.
The only reason I'll watch this umpteenth version will be Nicky!!!

Big agree on Bruno Ganz. Though his softeyed Hutter was more Spießbürger and Biedermeier than your usual dimwit - which I tend to find infinitely more sinister - and so, very much befitting any Nosferatu tale, especiall a late 1970ies BRD incepted one.