She Was Always On His Mind 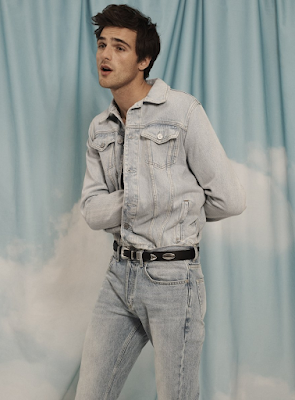 While the Jacob Elordi part of this news is the least interesting part of this news for me I am still going to visualize this post with a Jacob Elordi photo because I work with what sells, baby. The news being that directress Sofia Coppola has announced her next movie and it is called Priscilla and it is about Priscilla Presley. Cailee Spaeny, from Devs and Mare of Easttown, is going to play the titular woman herself, based on Elvis and Me, Priscilla's 1985 autobiographical retelling of her relationship with that singer man -- and that singer man is where Jacob Elordi comes in. Have Jacob Elordi and Austin Butler ever been in the same room together? A question for the ages.

Anyway by all accounts -- meaning this is what Sofia is saying -- she's been meaning to tell this story for several years, well before Baz Luhrmann's film came out and became a sizable hit this year; one imagines that it's hit-stature got the engines revving on this project though, financially-speaking. Still everything having to do with Priscilla was woefully handled by Baz's movie if you ask me -- save a throwaway line about her age it seemed less than interested in exploring the fact that she was 14 when they met. Less than interested, it seemed to actively avoid that fact. And I feel like Sofia will talk about that fact! Anyway I am picturing lots of mint-green curtains swaying in Graceland windows while canister upon canister of Aqua Net is unleashed and I love it, I love every second of it already.