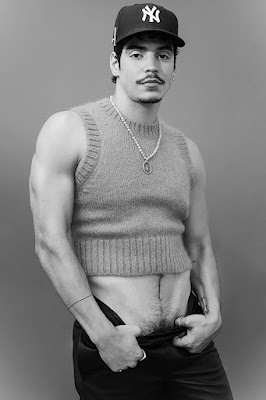 (pics via) If a one of you had told me that there was a person who looked like this on Only Murders in the Building I would have started watching Only Murders in the Building already -- yeesh! Thanks for nothing, you guys! Anyway if you're like me and have been missing out say hello to the total dreamboat Aaron Dominguez, who plays a character named "Oscar" on that series. He's also in the movie The Inspection which is playing NYFF soon, see my previous posts here, including the trailer at this link. (That film by the way just played TIFF and got from what I saw anyway very good notices.) We'll have to wait and see how big Aaron's part is -- and yes the double entendre there is not lost on me, not while these photos are staring back at me from my computer screen like you -- in that film, and I'm gonna go re-watch the trailer to look for him now that I know to! Now you can hit the jump for this entire blessed photoshoot... 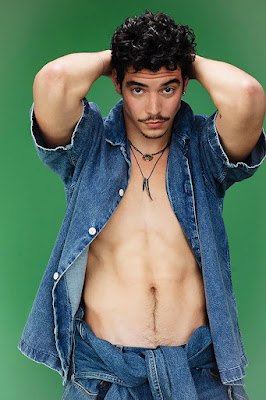 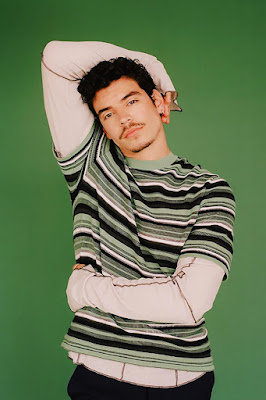 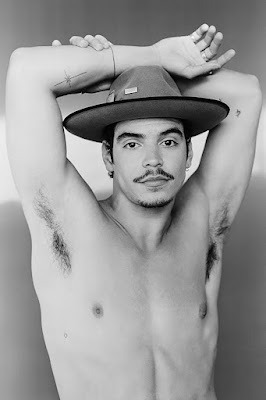 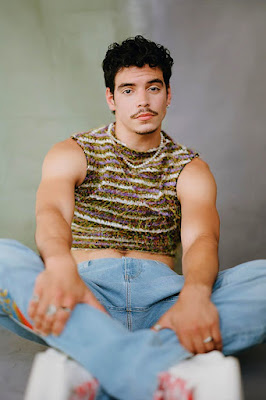 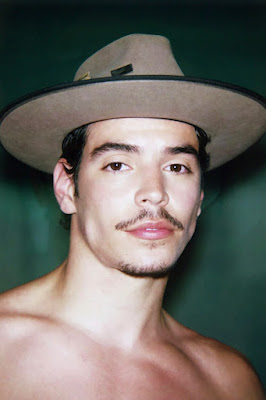 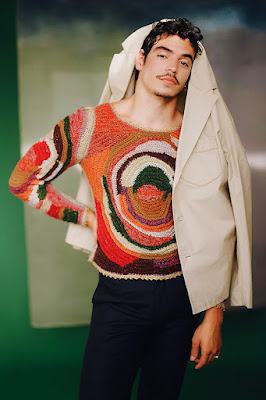 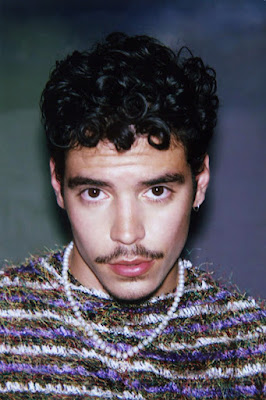 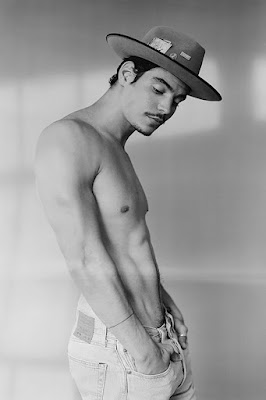 Who? Jason Adams When? 8:00 AM
Labels: gratuitous, NYFF

We need a report ASAP on the Inspection shower scene…

I haven't watched OMITB, but after getting my hopes up I'm not disappointed to learn that his character doesn't return in the 2nd season.

Oops, meant to say, I AM disappointed to learn that his character doesn't return in the second season.

The mix of crop top and hint of furry bush in that first pic is *sinful*.
He is beyond adorable in the show, by the way.