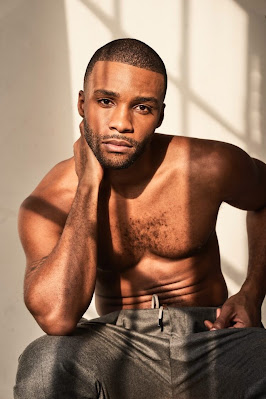 Annoyed!! Not at Dyllón -- never at Dyllón -- but at the fact that I didn't know until five minutes ago that the dreamiest of the Pose actors is in Dahmer, Ryan Murphy's true-crime gay-cannibal serial-killer limited-series starring Evan Peters that hit Netflix... this very same day? Meaning today. I don't know how this show is already out, but out it is! Dyllón is not listed on the show's IMDb page at all, but they released... 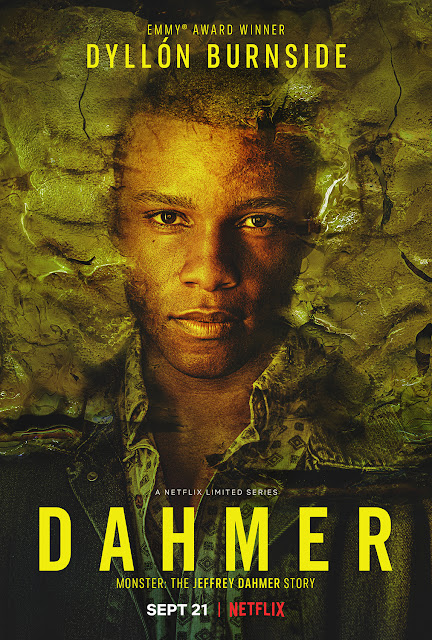 ... a character poster with him on it today so I guess that means he's on the dang thing. Anyway that's one more reason I'll be checking this out as soon as I can (which means due to unforeseen circumstances, i.e. my boyfriend being out of town for work, "this weekend) -- I have avoided all reviews but if you've seen it all or are just starting it feel free to give me vague, very vague, reactions here in the comments. Here's a new trailer they dropped as well:
Who? Jason Adams When? 2:51 PM
Labels: Dyllón Burnside, Evan Peters, gratuitous, horror