Alexander's in Some Hot Water With Pool 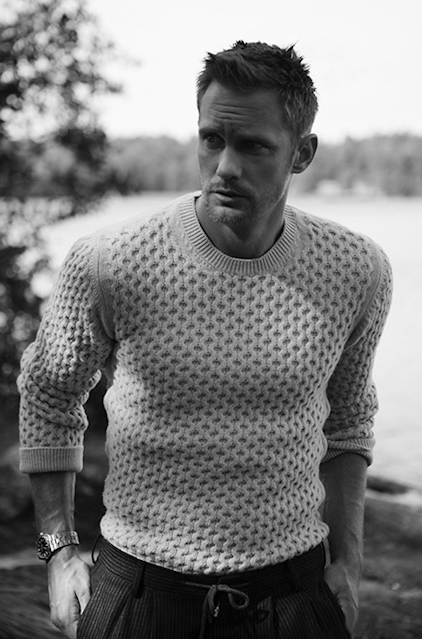 When it was announced in June of last year that Alexander Skarsgard was set to star in the new movie from Possessor director (and son of David) Brandon Cronenberg, that was the news to us -- Skarsgard & Cronenberg Junior, yippee! Anyway the movie is called Infinity Pool and it's about a gorgeous rich couple discovering the exclusive vacation resort that they're at has a shady sinister side, and you'd be remiss for not thinking of a dozen other projects that have come out in the past year -- Old! The White Lotus! Or the about-to-come-out duo of The Menu and Triangle of Sadness! Anyway we'll see what Cronenberg has up his sleeve that takes this very of-the-moment theme special, but there was news in the interim that I missed that made it definitely even more special -- Alex's co-star is Mia Goth! Yes please! We've been Team Goth for ages, as I said in my Pearl review, but now -- watch out world! Goth has me more excited than Alex does, for goodness' sake. Although... if Brandon shoot Alex like he shot Christopher Abbot in Possessor then we'll all burst into immediate flames. And there might be something to that because apparently just today the MPAA has rated Infinity Pool NC-17 for “some graphic violence and sexual content.” hey those are all of our favorite things!