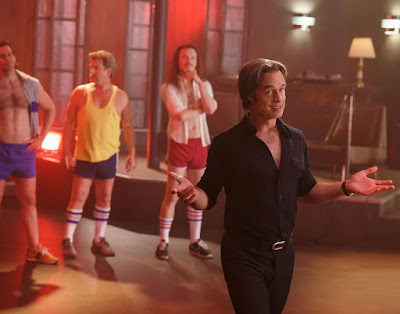 This morning Vanity Fair has shared with us the first photos from Welcome to Chippendales, Kumail Nanjiani's series about the dude who got that male-stripper thing rolling back in the 1970s and 80s, and then also that whole murder thing that happened that got covered by the tabloids and turned into a TV movie and such. VF has some photos of Kumail in character but they're really boring photos of him wearing ugly suits so you can click over for those -- I only stole the juicy ones. Murray Bartlett seen up top was cast back in January as the (doomed) choreographer, and I guess he's found his niche. Dead gays! I wonder if they'll kill him on Physical? He can have a full trifecta. Also on the show is Dan Stevens in an insanely flamboyant role I spoke about when he was cast -- they haven't given us any photos of him yet, I guess they're saving them. Anyway this show was previously called Immigrant but I guess they took my advice on changing that title because good grief was that title never gonna work! Welcome to Chippendales is a little clunky but at least it's not making the male stripper television program sound like a dour sepia-toned James Gray movie about cholera rats. 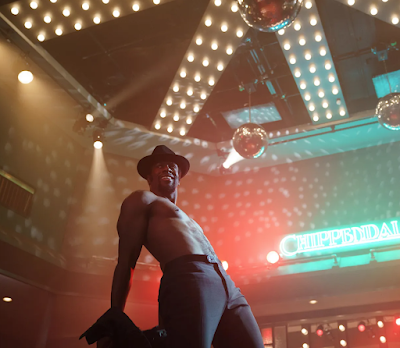