Dan is This Man 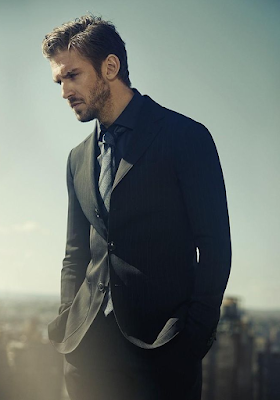 My opinion on the actor Dan Stevens tends to swing wildly around depending on the project -- if I'd gotten to know him circa The Guest we'd have been good, but I hated him on Downton and I think that gave us a shaky foundation upon which all else has been built since. That said Dan and me are in an upswing right now because that movie that had him speaking German and playing a robot (the movie called I'm Your Man) was an absolute delight and he was absolutely delightful in it -- if you haven't been able to see it yet I recommend you do! (It is on blu-ray and available to stream, FYI.) Anyway that's good news for him getting cast on Kumail Nanjiani's forthcoming limited series Immigrant, which is about the formation of the male stripper league called the Chippendales and that nasty business with the murder that happened. And even better was when I googled the real life dude he's set to play, named Paul Snider:

Oh my god THIS is the guy that Dan Stevens was just cast as in Kumail Nanjiani's CHIPPENDALES series pic.twitter.com/a9AYWIShPx

Dan Stevens is about to have some fun, you guys. DH describes Snider as "a hustler and serial schmoozer whose unlikely partnership with struggling LA backgammon club owner Banerjee (Nanjiani) led to the birth of the Chippendales." Snider is also best known for the 1980 murder of his wife, the Playboy model Dorothy Stratten (who'd been sleeping with Peter Bogdonavich), after which Snider killed himself -- all of this then got turned into Bob Fosse's movie Star 80... 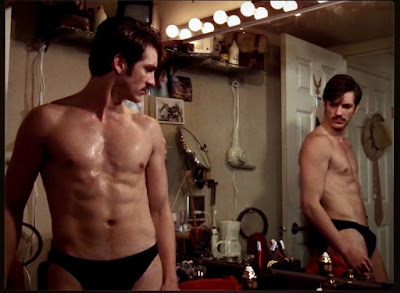 .... where Snider was played with grand sexy sleaze by Eric Roberts. This is so much information. Anyway last we'd heard about Nanjiani's series was when mustache-king Murray Bartlett got cast in the series as the stripper-choreographer; actually scratch that I did hear a few weeks later that Andrew Rannells of Girls fame got cast as Murray's boyfriend. And DH says that charmer Annaleigh Ashford also has a role, which is always welcome; like Jake we love that lady! 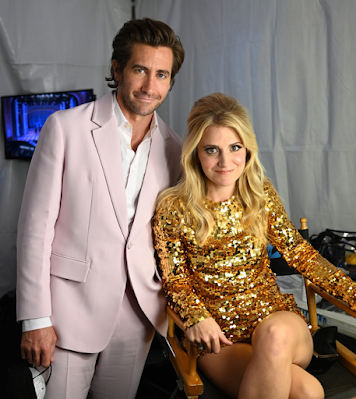 The Line of Beauty is still Dan's best.

Dan is the man -- he is pretty much perfect in terms of physical appearance!

I’m Your Man is so underrated!!

Totally agree about Dan as an actor. The man has the looks and body, full stop. However, he is at his best when he fully connects to a character, as he does in his 4 best performances, "The Guest," "Legion," "Eurovision," and the underrated "I'm Your Man."

When he fails to connect, he can be bland. He gave the least interesting performance in "Persuasion." And that movie gave us the gift of a very naked Francious Arnaud.

The Chippendale series is shaping up to have quite the cast of hot men. Can't wait to see who's next. Joseph Gordon Levitt allegedly wanted to do "Magic Mike." Here's his chance.

The more I hear about this series, the more intrigued I become. Anyone know a release date?

I don't think they have even begun filming it yet, so it'll be awhile, probably not until next year my guess