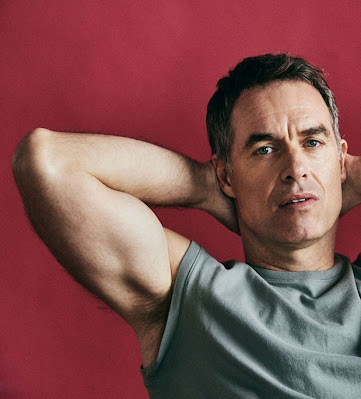 Great week for Murray Bartlett and fans of Murray Bartlett, as he's both been rightly nominated for a SAG award for his performance in The White Lotus and won a prime role in an upcoming thing we're looking forward to. The "upcoming thing" is Kumail Nanjiani's limited series Immigrant for Hulu about the sordid true-life story of murder and mayhem behind the exotic male dancer empire known as the Chippendales -- Murray has just landed the role of the choreographer Nick De Noia... 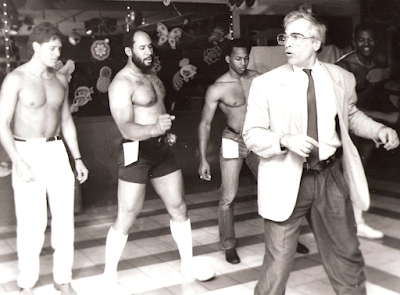 ... who (spoiler alert I guess but this is a well-known tabloid story from the 1980s) is the dude who got murdered in the middle of this most sordid and bow-tied tale. I like how the press release describes the character:

"Producer-choreographer Nick De Noia is a charming, fast-talking New Yorker who’s certain he’s God’s gift to entertainment. Just ask him. He is the person responsible for transforming Chippendales from a seedy male strip joint in West LA to the global juggernaut it would one day become. A man of many passions, Nick loves drinking, drugs, women, men–and most of all, show biz."

Post-Lotus this casting almost feels like typecasting it's so dead-on, right? Anyway we're very excited for Murray, dude deserves all of this, and I hope Immigrant is great. Immigrant feels like an awfully self-serious title for this, I have to say, even though the story of the dude Nanjiani is playing will likely warrant that -- I just hope it's not entirely wiped clear of the sordid entertainment value inherent in its beekcake-y premise. I know you have a lot of heavy thoughts of men's body image issues now, Kumail, but it's not all doom-and-gloom! 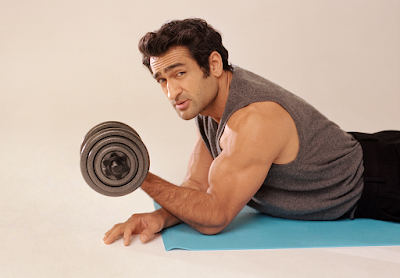