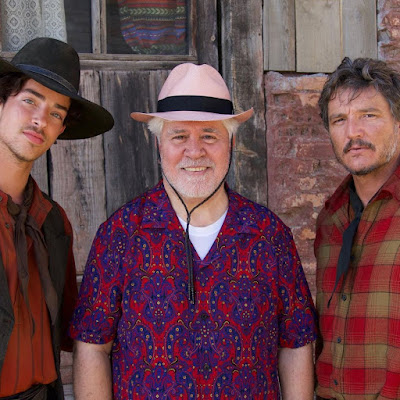 Pedro Almodovar is currently shooting his gay western short film that we first heard about in June -- he's killing time with this before fully diving into his english-language feature-debut with Cate Blanchett. "Killing time" with Elite hunk Manu Rios and Pedro Pascal playing queer cowboys -- we should all be so lucky. I killed time this afternoon staring at the wall. These pics come via here -- I actually have no idea if this is still filming or if they're done but I don't imagine we'll see this until next year either way. The film, titled Strange Way of Life, also stars Ethan Hawke. 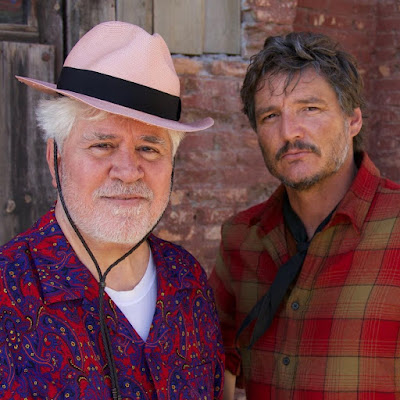