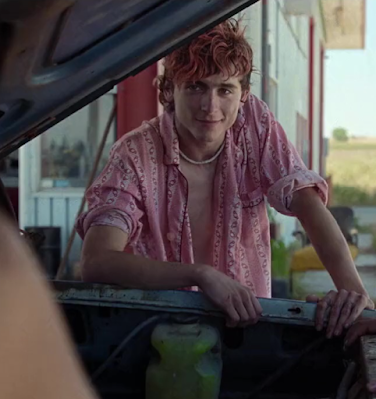 Things sure been quiet in here today, huh? Sorry about that -- my phone was on the brink of collapse from not enough storage so I've been sludging through the laborious process of burning several months worth of photos from it onto discs and yes, this is a thing I do still, as much as I know it dates me. I don't trust having only digital copies in the cloud -- it's the same as why my walls are lined with blu-rays. And as the other week's Warner Brothers debacle proved, I am right! Anyway I mean to do this more often than I do but inevitably I get lulled into comfort of my phone having ten gazillion gigibytes of space on it and before you know it I have to spend an entire day going through this process. I usually do it on the weekend when blogging doesn't happen anyway but I decided to do it from work today. And isn't this the most riveting story you've ever been told? This is what keeps y'all coming back! Jesus.

Anyway point being the New York Film Fest announced their "Spotlight" screenings today and Luca Guadagnino's cannibal romance Bones and All is playing! (See the teaser here.) NYFF really is the one-stop fall fest as far as I am concerned. See the entire announcement right here -- they're also showing Sarah Polley's new movie called Women Talking, and they're showing all five episodes of Lars von Trier's new run of Kingdom episodes, and they're showing a doc from James Ivory -- do we think we'll get to see Luca and Timmy and James Ivory reunite at the fest??? Oh I'd die. (Especially after Ivory said all those snotty things about CMBYN lol.) 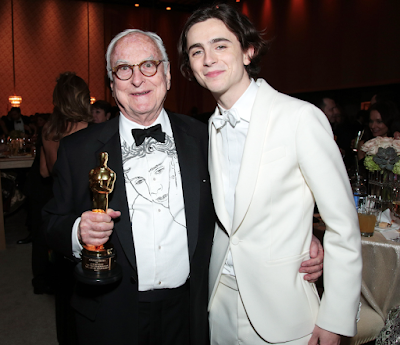 Speaking of Blu-Rays, I ordered the Blu-Ray of Against All Odds b/c of you, only $9.99!

My word! For a second I thought to myself, “Why on Earth is Timmy taking a photo with Mitch McConnell!”

You have a job where you can spend hours using company equipment to essentially duplicate personal photos?
Do they need a librarian?