Cowboys on the Verge of a Nervous Ho-Down 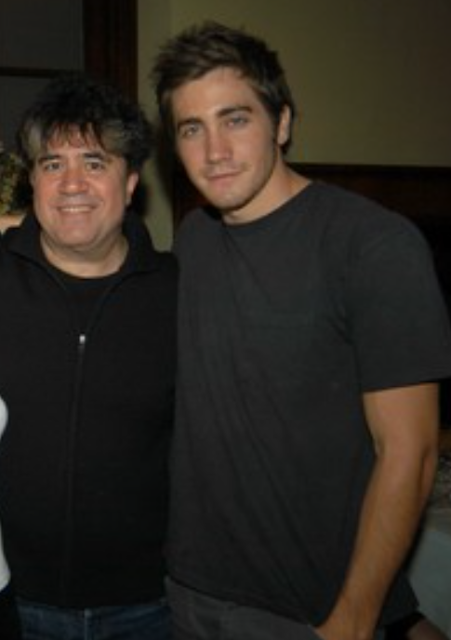 Later this year Pedro Almodóvar has announced he will be directing a 30-minute Gay Western -- what he calls his "answer to Brokeback Mountain," which he almost made before Ang Lee -- called Strange Way of Life, which will star Ethan Hawke and Pedro Pascal. Indiewire has an interview with Almodóvar all about it -- he's talked in the past about why he turned down Brokeback, because he knew Hollywood wasn't going to let him make the super sexy cowboy fuck-fest he saw in his head. And Strange Way appears to be his chance at finally making his Gay Western... although if it'll be a fuck-fest we've yet to see. Here's what Almodóvar will share:

"He was reticent to reveal too many details about the storyline, but said that Hawke plays a sheriff named Jake, while Pascal will be the gunslinger Silva, and the characters live on opposing sides of the desert. The pair haven’t seen each other in 25 years. “So one of them travels through the desert to find the other,” Almodóvar said. “There will be a showdown between them, but really the story is very intimate.” Could it even be…romantic? Almodóvar chuckled. “You can guess,” he said. “I mean, masculinity is one of the subjects of the movie.”

He's filming the short in Spain’s Almería region, which is where a bunch of spaghetti westerns were filmed back in the day, but Almodóvar says they aren't an influence on what he's planning. He's filming it later this year before he gets to work on his full-length English-language feature-debut, the one with Cate Blanchett that I told you about previously. Now I suppose we will just wait and see if Pedro Pascal will go and give any interviews about his personal life in relation to this, long sigh inserted here for purposeful effect...

Are there... rumors about Pedro that I haven't heard about?

Is it just coincidence that one of the characters is named "Jake"?

I wasn't aware of any Pedro rumours either- intriguing!