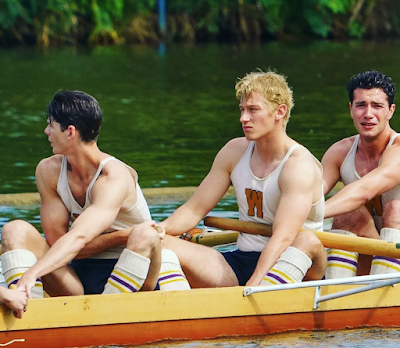 Don't know how I managed to miss these photos from the set of George Clooney's upcoming movie The Boys in the Boat, which is about the University of Washington's rowing team in the 1930s working their way to the big 1936 Berlin Olympics (via) -- this one was on my radar immediately because the last time Clooney gathered up a bunch of hot boys for war stuff we got the hyper-gratuitous antics of his Catch-22 miniseries with Christopher Abbott. You add sports to the mix and you cast people like Callum Turner and like Joel Edgerton and like James Wolk and you set it during the height of inadvertently queer (thank you J.C. Leyendecker) "Arrow Man" fashion... 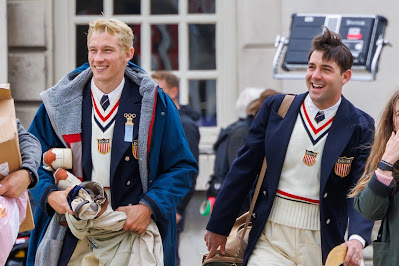 ... and you've got a fetish parade right up my alley. Probably yours
as well! Hell it's clearly George Clooney's best life... 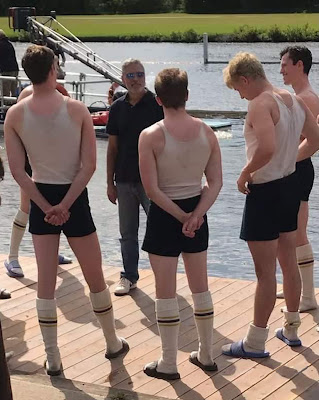 Has anyone ever looked more in their element? 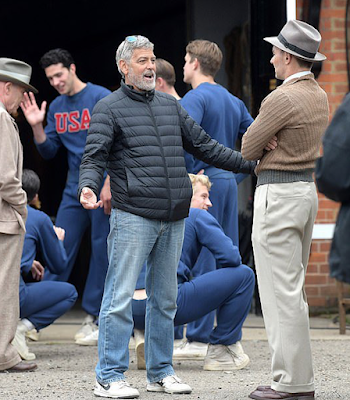 And yes George, I am just jealous. With good reason.
You can see all the good reasons right on after the jump... 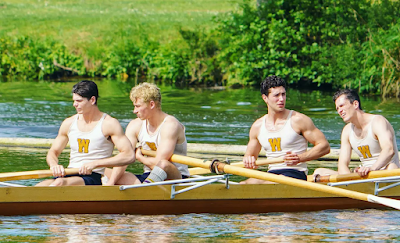 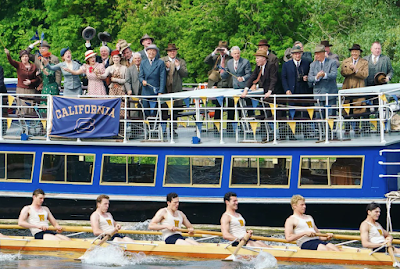 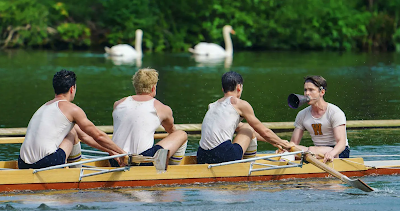 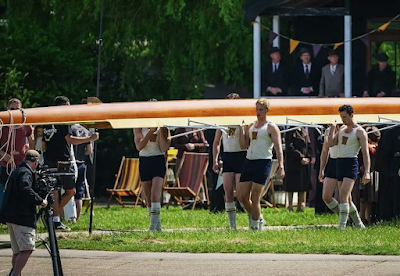 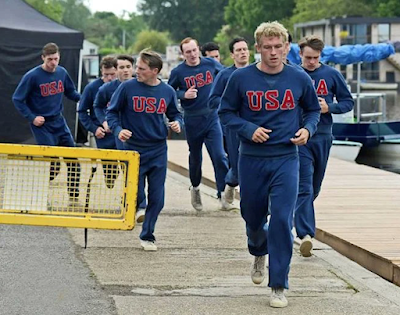 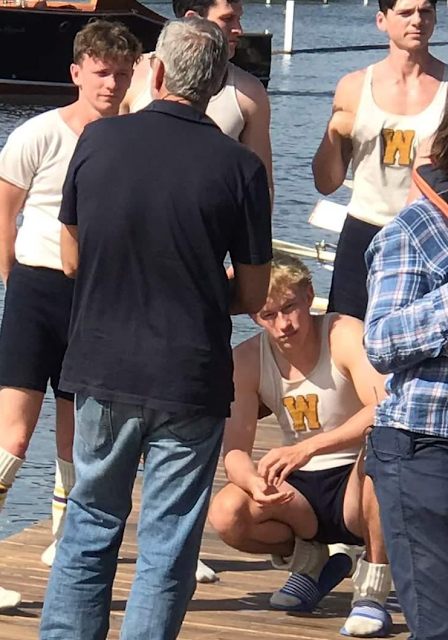 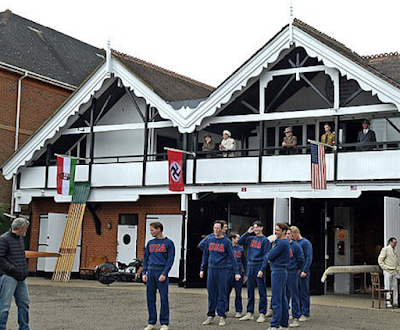 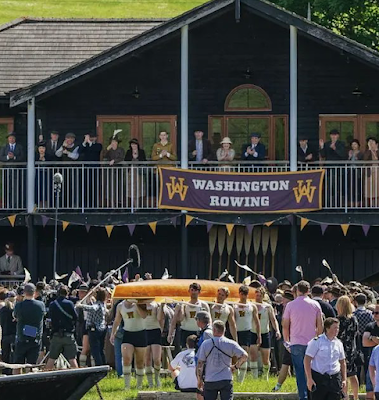 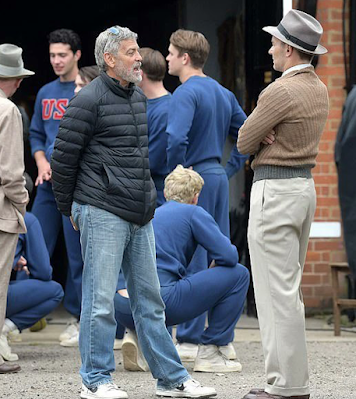 OMG the thickness of his arms

Who's the guy with the nice hair and biceps sitting behind Callum in the boat (i.e., far right of first photo)?

Disappointing that Clooney is yet another director who seems solely fascinated by men's stories. Yeah, it's great that he gives us eye candy but I can't believe how many male director are so uninterested in the other 50% of the population.