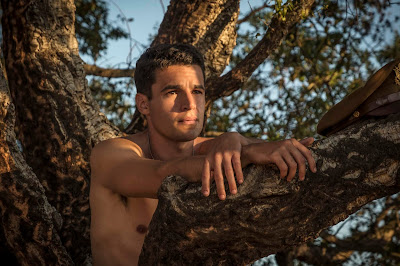 Is "longtime bachelor" George Clooney just straight up trolling all of us now that he's married to a woman or what? These are the first pictures from his Catch-22 miniseries for Hulu (yes based on Joseph Heller's classic novel) and this is some of the gayest shit I've seen since whenever Luke Evans last went to the beach, y'all. 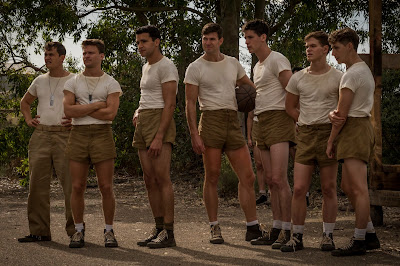 Anyway the series stars a never-looked-better (aka more salivated on by his director) Christopher Abbott in the lead role of the ever artful dodger Yossarian, caught in the convoluted bureaucracies of the World War II machinery, opposite Kyle Chandler and Rafi Gavron (recently seen as the creepy hot music producer in A Star is Born) and a bunch of other pretty young things, along with Hugh Laurie & Clooney himself, no doubt making googly eyes... 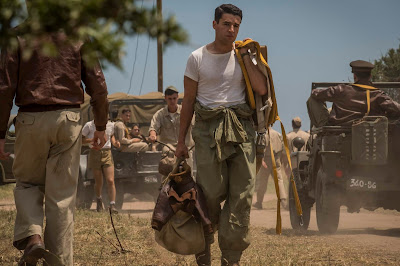 The six-part series premieres in the spring of 2019 is all we know so far, but assuredly I'll keep track of this one, especially now that I know it's a spectacle of homoerotic uniform fetishism and such. Oh ya got me this time, George... 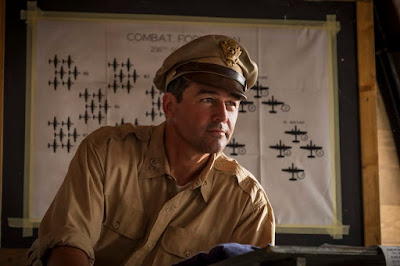 Abbott looks great - and suddenly I'm thinking he makes sense for any movie that needs to cast someone to play Rock Hudson. I'm also wondering why Gerran Howell (far right in that pic of 7) hasn't been cast in higher-profile UK dramas. He's got a face that would be right for so much, from 19th century period pieces to Game of Thrones or Fantastic Beasts type productions.

You'll notice as well the historically accurate bodies. Muscles built by calisthenics and sports. no bulges or ripples.
Imagine the difficulty george had keeping the boys eating carbs and out of the gym!

Is the very white cast supported by the text? Or is this Clooney being Clooney?

Yes, the text, and history, supports the casting
1) the characters have european or nonsense names. in the case of general schiesskopf both.
2) the army and army air corps were segregated at the time so there would be no african americans in the 256th squadron although there could be a very few asian or latino squadron members, but Heller does not specify.
3) there could be african americans on pianosa, but they would be in support services (food service, janitorial)