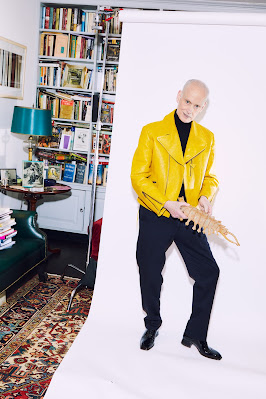 The photographs of John Waters taken by photographer Charlie Engman for Interview Magazine this month are some of my favorite John photos in awhile, although I feel like I say that every time new photos of him appear? And there have been a lot of photos of him lately because he's been promoting the living hell out of his book Liarmouth -- have you read it yet? Here's where I admit that I started it and then got waylaid by film festival stuff for a couple of weeks, so I'm going to have to restart it. I have such a painfully limited ability to focus these days -- one thing at a time! Of course that 'one thing" is actually fifty things, but you know what I mean. Or perhaps you don't. I don't anymore.

Aaaanyway the chat with Interview is also a good one, I recommend you read it. He admits that he's written three different sequels to Hairspray that he's gotten paid for but that have never gotten made! Happy he got paid, but goddamn somebody seal the deal and green-light a damn movie from our beloved filth elder already! He says it's possible, so let's all hope so hard that our collective buttholes clench in unison, creating some sort of collective butthole magic. You know what I mean. Well John gets what I mean anyway. 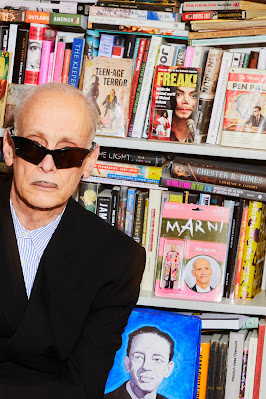