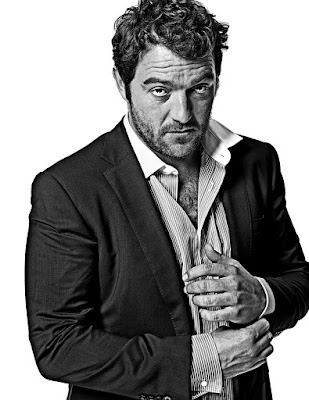 So there came a moment, in the middle of these past three days I spent at home watching movie after movie after movie at the Virtual SXSW fest, when a little bit of news still managed to trickle its way down to me through the other stimuli -- a little bit of news that got from me a huge yelp. French director François Ozon, you know the one, announced he is making a movie called Petra Von Kant that will star Denis Menochet (sen above and yes, I effing love Denis Menochet) as Rainer Werner Fassbinder and Isabelle Adjani as "the German director’s muse." This is a lot of information for me to unpack! 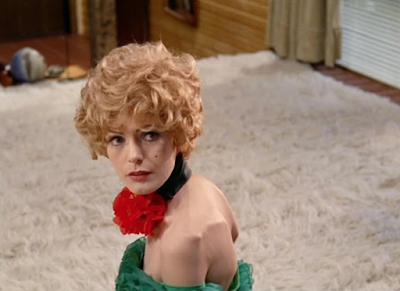 Fassbinder wrote The Bitter Tears as a play and then made it into a classic slice of claustrophobic cult cinema in 1973, lengthening the title to The Bitter Tears of Petra von Kant and giving all-time-best roles to three of his favorite actresses -- Margit Carstensen as Petra, Irm Hermann as the abused servant Marlene, and Hanna Schygulla as the awful ruinous selfish little asshole Karin who comes in and stomps all over Petra's brittle heart. Picking a favorite Fassbinder film makes me want to slice off parts of myself but Petra's very much in contention. But this Ozon project still sounds interesting! 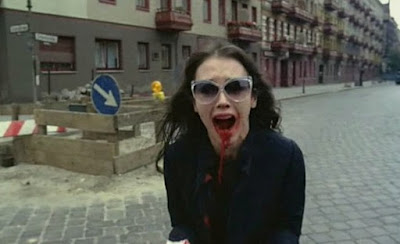 For one, I know that Adjani still works but I personally haven't seen any of her films in twenty-plus years, since the Diabolique remake I think? Oh that's a ghastly thing to admit but it appears to be true. And having been on a kick as of late with her, uhh, unyielding turn in Andrzej Zulawski's 1981 freak-out flick Possession the thought of seeing her shine again is tops. 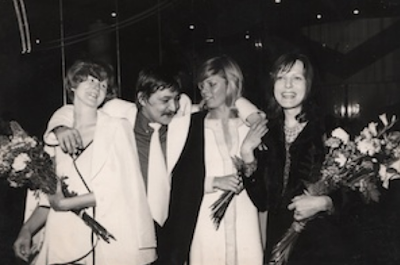 For another, this doesn't really sound like a strict remake, or a re-do of the play even, since the other announced actor is playing Fassbinder himself. (And Ménochet is amaaaaaazing casting.) Will this be a "making of" the 1973 movie? A behind-the-scenes thing? If so who is Adjani playing, credited just as "muse" -- could she be playing all of the actresses? How weird will Ozon go with it? The mind reels, honestly. In related news here in a photo from 2017 of Petra's main trio, along with Eva Mattes who played the daughter. Heroes, all. 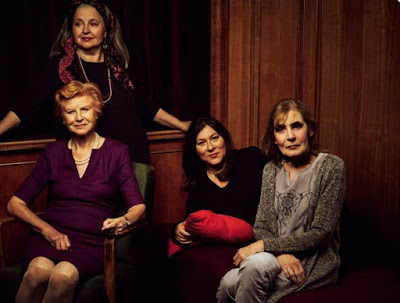 UPDATE! I have an update now
that I have no idea how to process:

The Variety article leaves out the most fascinating titbit, as the project is actually called PETER VON KANT and there's a gender-switch element to it! This would have me worried with probably any other director (except maybe Christophe Honoré) but if anyone can pull this off...

I am even more confused / intrigued now.
Here is confirmation of the "Peter von Kant" thing though.
Who? Jason Adams When? 12:03 PM
Labels: Denis Ménochet, Ozon, Rainer Werner Fassbinder