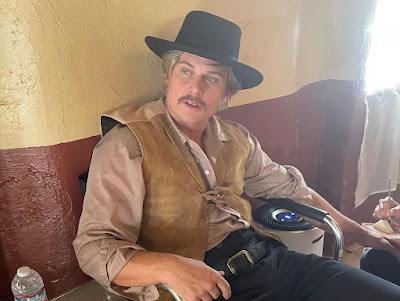 Apparently Billy Magnussen is playing Robert Redford on that limited series The Offer about the making of The Godfather??? Who knew? Certainly not me because I would have mentioned this before, but Billy just shared the photos on his Instagram and... 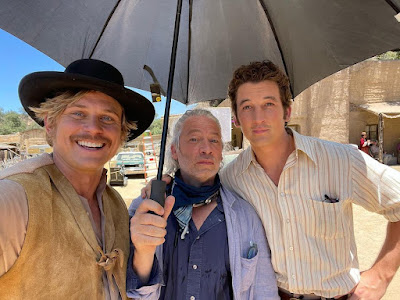 ... there he be! Reenacting some Butch Cassidy and the Sundance Kid. Right above that's director Dexter Fletcher in the middle, and we all know Miles Teller (unfortunately) who's playing producer Albert S. Ruddy in the series (and who is also the bulk of what has been keeping me from watching the series). Four episodes of the ten have aired so far -- have any of you watched it? I guess I have to now! Or at least this one (I suspect this is a cameo). 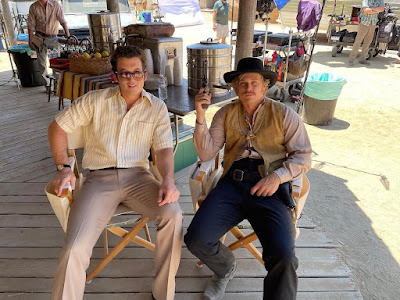