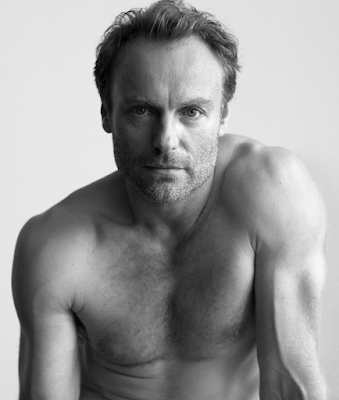 Can't believe I almost forgot about this -- a movie called Human Factors is out in theaters in New York and Los Angeles today that I recommend you seek out if you're in one of those two places; if you're not in one of those two places then you can see the movie much easier on May 24th when it hits digital and you don't have to drive or fly to one of those two cities, which would probably be excessive. I saw Human Factors at Sundance and I reviewed it over at The Film Experience -- I liked it! If I didn't like it we wouldn't be talking right now! No matter how hot the actor Mark Waschke, who plays the father in the movie, was. But as you can see he is very very hot, so that helps. And if he seems familiar to you he's on that Netflix show Dark among other things -- he's been around for awhile. Anyway Human Factors is basically what you'd get if Michael Haneke made his own Rashomon, that seems a good way to sell it. That cues you in to how you'll probably feel like killing yourself -- in the best of ways! -- after you watch it. Here's the trailer:
And here as a bonus, I mean since we're here and everything, is a gif of Mark Waschke and an actor named Howard Charles making out in an elevator in a 2013 movie called &Me -- enjoy: