Cuz This Is Gay Thriller 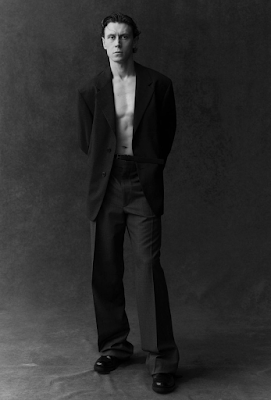 Now we are talking! I'm so over gay coming-of-age movies and gay-romances -- gimme a goddamned gay thriller! And that's what we're getting as British actors George Mackay and Nathan Stewart-Jarrett are set to star in a movie called Femme, which Variety is billing somewhat hysterically as a "drag queen revenge thriller" but also, well, truthfully, as that's exactly what it is...

"Femme tells the story of Jules, who is targeted in a horrific homophobic attack, destroying his life and career. Not long after, however, Jules encounters Preston – one of his attackers – in a gay sauna. He quickly realizes he has the perfect opportunity to get revenge on the “deeply-closeted” Preston and seizes the opportunity."

"Drag Queen Revenge Thriller" just sounds a step too descriptive somehow -- it's like using "homosexual" instead of "gay" know what I mean? Anyway I want me some Angry Gays, I want them all over media. Angry Gays fucking up the straights and burning down the world, baby! That's what I relate to, and more with every goddamned day on this fuck-all planet. 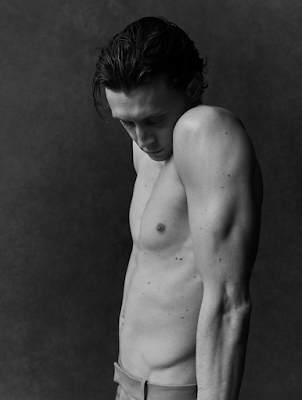 Anyway loving these photos of Mackay, who'll play the closet case Preston -- as for Nathan Stewart-Jarrett you should definitely know who he is -- I saw him in the Candyman remake most recently, and he was on that Generation show (which I didn't watch). And I saw him on stage in the recent re-do of Angels in America (opposite Russell Tovey in the UK and then with Lee Pace here in the US). But I also know him from way way back and best of all with the series Utopia, which is one of my forever faves. Please tell me y'all have found a way to see Utopia by now? I speak of the original British version of course, and no it didn't get any proper release here in the US because they were trying to remake it for a decade and then when they finally did it flopped real hard. But the original rules; I just re-watched it at the start of the pandemic and it still rules. Find it and watch it and you'll get it. ETA it's been brought to my attention that Utopia is on Amazon Prime now -- watch it here! No seriously, watch it. Don't make me come over there and make you, I will. 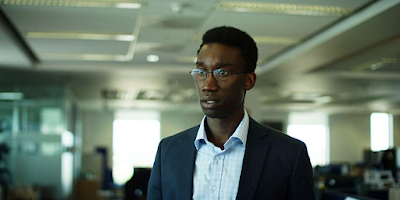