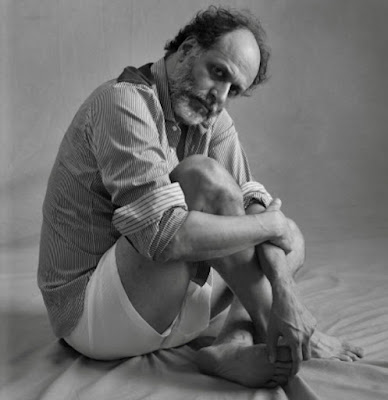 The good stuff is coming at me at a million miles an hour this morning -- maybe you remember last week I told you that Call Me By Your Name director Luca Guadagnino was taking over the next issue of Fantastic Man magazine, and it had a werewolfing-out Josh O'Connor on the cover? Well the magazine's website has updated and gifted us with more more more and more -- including images from inside the magazine including that shot of Luca himself in his underpants above, and ... 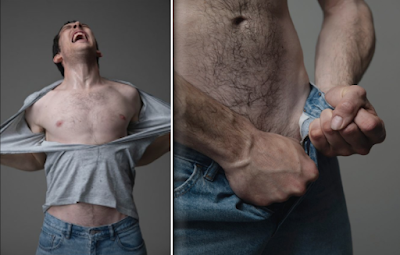 ... like also some shots of Josh flashing his own very
important business. And oh also there are photos of... 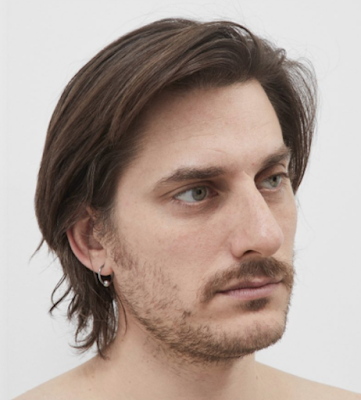 ... dreamboat Italian actor Luca Marinelli too! (See lots more of Marinelli here.) Luca & Luca don't seem to be working together yet but one imagines Luca G. won't be able to resist -- nor should he! I aim to live vicariously through Guadagnino's projects and that means he needs to keep casting all of these MNPP faves.

Anyway there's a long chat with Luca that the magazine has already released at this link and our quote of the day comes from that. At the start of the interview he talks yet again about why he cuts to out the window during the sex scene in Call Me By Your Name -- this has been so well-litigated at this point but please, go read my long-form piece on the subject if you haven't! And I'm tempted to use the part in this chat where Guadagnino says he wishes he could kiss Josh O'Connor's ears, because... listen I am fairly certain at this point that Luca Guadagnino and I might be the same person. It's extremely ridiculous, our similarities and overlapping obsessions. But no, I am going to excerpt Guadagnino's quote about Marinelli, because Josh O'Connor has plenty of heat while Luca Marinelli deserves more heat. Of Marinelli, Guadagnino says he has...

"...a sort of rare quality in that the camera loves his face in the way they used to love the faces of actors before the digital advent. There is something timeless about it. And I love his body; his body is very strong and planted on the ground."

Well then put him in a movie, Luca! Anyway I will share more of this magazine when it's available, obviously -- especially when it's available in better quality, because all of these images were snatched off their website and aren't in very good resolution yet. So stay tuned! 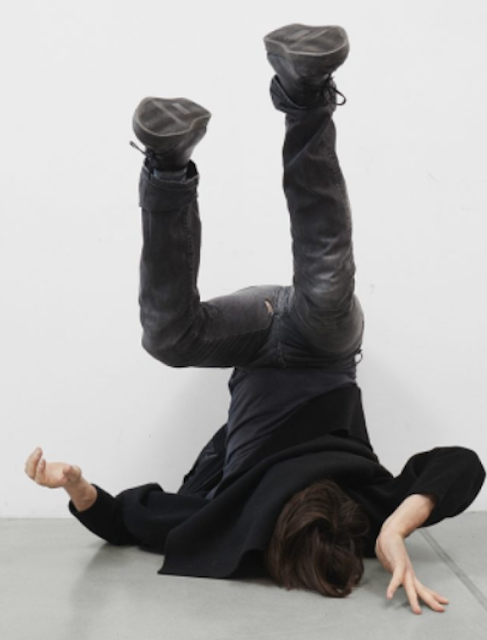 I actually suggested a Luca and Luca collaboration on this site months and months ago!! I’m glad he’s been reading the comment section and taking notes ;)