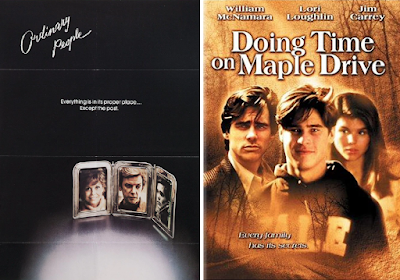 I gifted myself the random but obvious when you think about it double-feature yesterday afternoon of the 1980 Best Picture winner Ordinary People (which just hit blu-ray last week) and the 1992 TV movie Doing Time on Maple Drive, which are both excellent little movies about white people suffocating under their repressive awfulness. Timothy Hutton won an Oscar for his role as the son falling apart under Mary Tyler Moore's thumb in the former (a weird win, given how often that category goes to The Oldest Person Available, but also -- Supporting?? Noooo), while that TV movie starred one of my big-time 90s crushes with William McNamara, playing the closeted and suicidal son in a family full of dysfunction.

Oh my god I am going to get SO much use out of this clip pic.twitter.com/sAzkw16vXk

Jim Carrey got a lot of attention for his role as McNamara's brother; it was the first time he was taken seriously as an actor and not just a screaming fart-box, and he's terrific in it. (If you're looking to memorialize his acting career, which he says he's stepping away for for a bit, this a fine place to start and the whole thing is on YouTube.) Anyway Hutton's character isn't gay in OP, a lot of the film has him finding his way through all his pain by romancing a boy-haired Elizabeth McGovern, but it's also not one of the biggest strains I've strained in my life, to read that film as gay-adjacent. I think it speaks to Gays anyway, with all of The Best Little Boy In The World expectations, and the whole complicated Mother Thing. Maple Drive dives into the exact same territory only making the gayness central -- character actress Bibi Besch, who was in one episode of absolutely every 1980s show you can think of, turns in fine work doing the whole complicated Mother Thing therein. Anyway I recommend these two as a double-feature, is my point, and in summation I ask you... 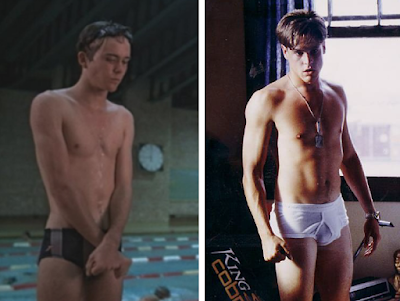 And yes I cheated by using a photo of WM from a different movie above that poll but you try to find a not-shitty-quality photo of him in Doing Time; it's all in bad bad video quality, that movie's crying out for a proper restoration

That movie was so amazing back then. WM was a huge crush for me. Right when I was in HS and with my first boyfriend, we watched it together, probably stopped it to have sex.

They nominate young actors in Supporting so they stand a chance of actually winning and don't have to compete against, say, Anthony Hopkins in whatever Oscar bait role he's in that year even when the young guy is obviously the lead character. Or at least that's how it was then.

Had such a crush on McNamara when I was a kid, and that movie - yeah, that hit.

Ordinary People is very much gay adjacent, and quite a good movie. And it's fun to see familiar faces you don't see all that often any more in smaller roles in it, actors like Dinah Manoff (so touching, so sad) and "Yellow Eyes" from Supernatural playing Hutton's best guy friend.

hilariously, william mcnamara has a lot more credits than timothy hutton despite a] being five years younger and b] let's just say, not quite as acclaimed

Less famous actors get paid much less and can’t afford to be choosy. SNL used to make fun of this a lot comparing Frank Stallone’s many credits with his brother’s. And Sylvester Stallone himself kept busy.

Also, Maple Drive was TV movie, which probably accounts for the lower image quality. A remastered version would be nice but I doubt it’ll ever happen, even with the fact that it was one of Jim Carey’s first dramatic roles.

William McNamara was a thing for a while, he was the killer in Copycat, right?
Ordinary People was such a big deal. I fell in love with McGovern, still am.
Can you believe Sutherland wasn't nominated for that?