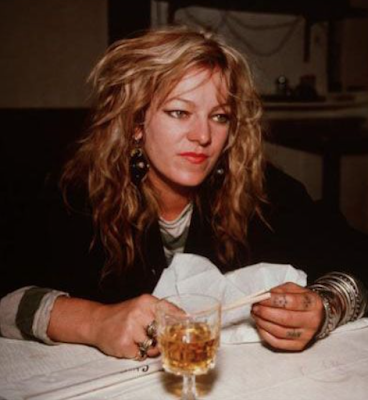 Personal icon and international should-be legend Cookie Mueller is best known for her roles in several John Waters films, but she was so much more than Concetta with a knife in her pocketbook in Female Trouble -- after working with Waters she went on to have an estimable writing career, being a proto-hipster (that term would probably make her skin crawl) and writing superb and funny Downtown NYC scenester essays for the East Village Eye and art criticism for early Details magazine all through the 1980s. Her work was collected into a couple of books that have since been out-of-print and hard-as-fuck to find, but the fine people at Semiotext(e) have today rectified that situation, at least when it comes to her best known work, and reprinted the fabulous posthumous 1990 collection Walking Through Clear Water in a Pool Painted Black -- you can buy a copy today right at this link! 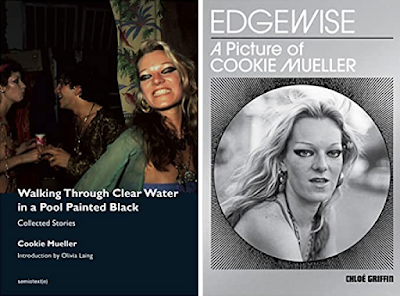 I recommend you read that and you also pick up a copy of the Cookie biography called Edgewise from a few years back if you haven't read that (see my previous posts about that one here) -- of course, as with the earlier books, Edgewise appears to be out of print right now and is already super-expensive. Oh, the price of being hip! Just go steal a copy from some asshole -- that's what Cookie would have recommended. Anyway in related news -- and how wonderful to have more Cookie info to share than just one thing! -- the Metrograph movie theater here in NYC is doing a Cookie film series! She wasn't only a Dreamlander for John Waters -- she was in several other movies as well, and they're screening a bunch! I don't have a direct link for tickets yet or a full schedule, but the series begins on May 6th and here's their press release: 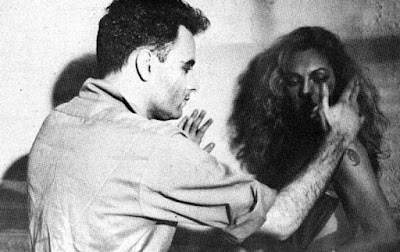 Dorothy “Cookie” Mueller was born in Baltimore in 1949, and she died 40 years later in New York City; in the short time that she spent on this planet, she unfailingly sniffed out where the action was, and got herself involved with whatever was worth being involved with. A founding member of fellow Charm City native John Waters’s Dreamlanders ensemble, once Cookie made it to New York she became a muse and key collaborator to artists including Nan Goldin, Gary Indiana, and Bette Gordon—and she also became an extraordinary writer, developing a jocular, unsentimental, and hilariously brazen voice. You can encounter that voice in Semiotext(e)’s reprinting of Cookie’s posthumously published 1990 memoir, the riotous Walking Through Clear Water in a Pool Painted Black, which we’ll be celebrating the reappearance of at the Metrograph Bookstore, and in this series of films featuring Mueller, which just happens to include some of the wildest stuff American independent cinema had to offer over the course of two decades.
Titles include A Coupla White Faggots Sitting Around Talking, Subway Riders, Desperate Living, Multiple Maniacs, Polyester, Variety, and more. 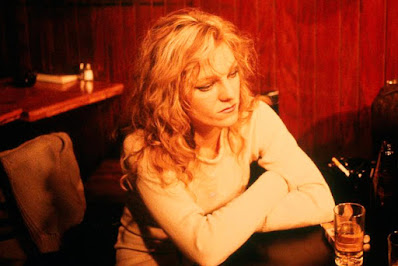