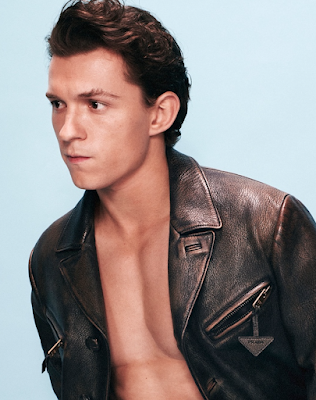 A new-ish batch of Tom Holland for Prada photos were dropped yesterday (via) -- these go along with what we saw of this campaign back in January, posted right here. As much as I like Tom I find him a weird fit for high fashion modeling, don't you? As driven home whenever he's tried to play it edgier in his not-Spider-Man roles (see Cherry and The Devil All the Time) part of what endears him to us (if he endears to you at all) is his regular boy shtick, Regular boy with laser-cut abdominals, I mean. Basically he looks like a kid playing dress-up, is my point. A cute kid! But maybe he should leave the sultry fashion poses to his girlfriend slash co-star. Anyway yes I just sort of shit-talked these photos but I have them for you anyway, after the jump... 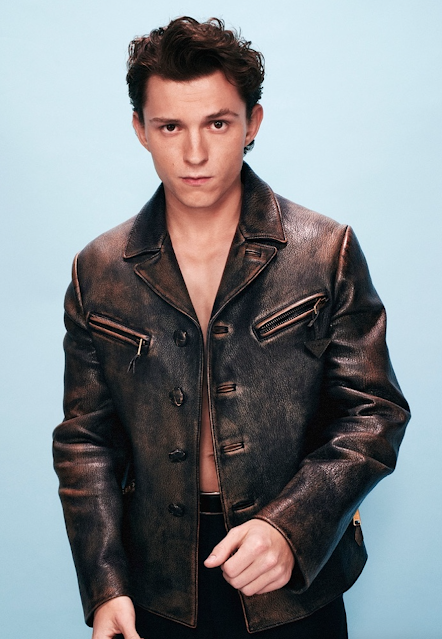 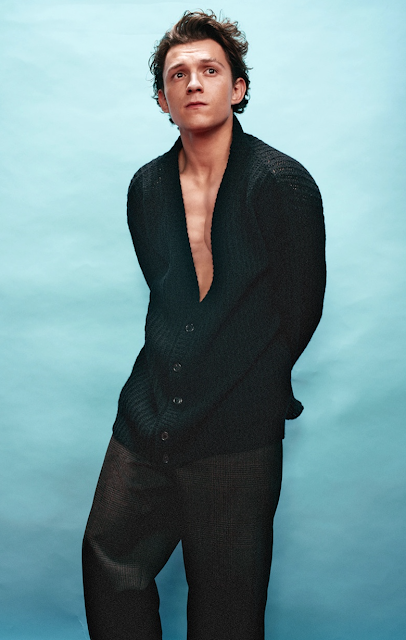 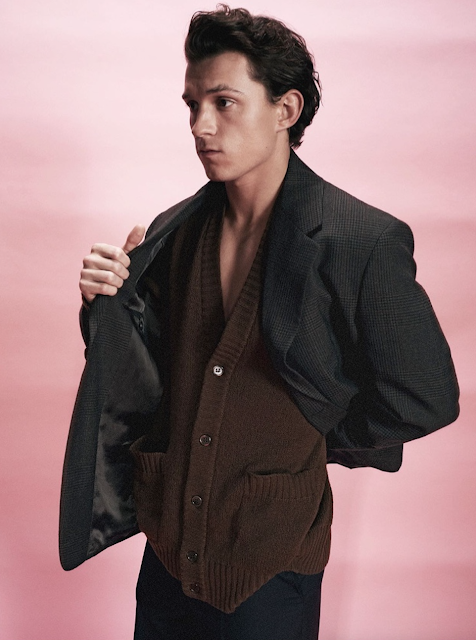 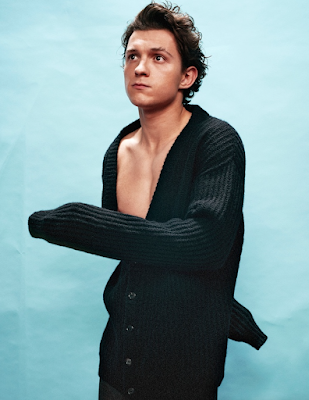 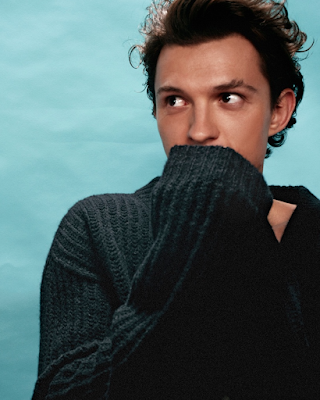 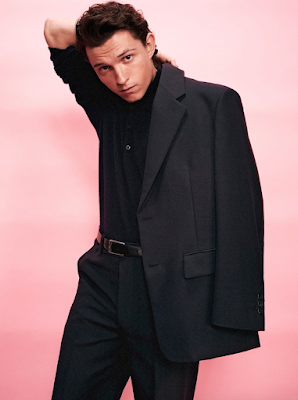 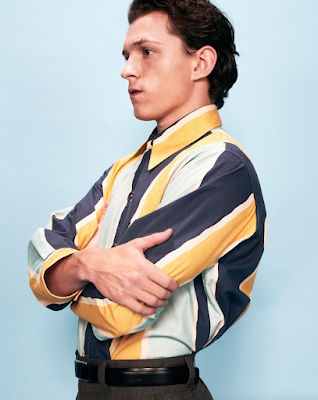 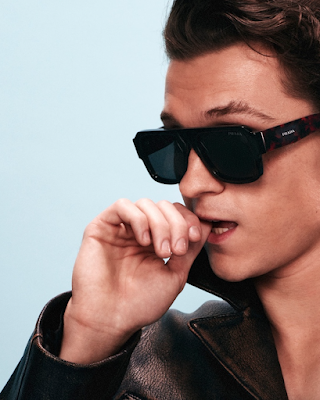 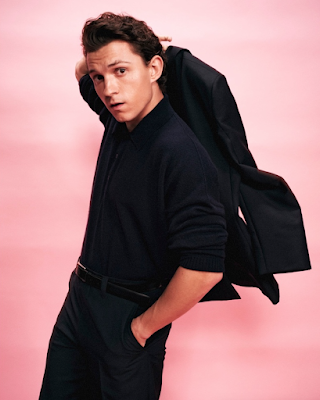 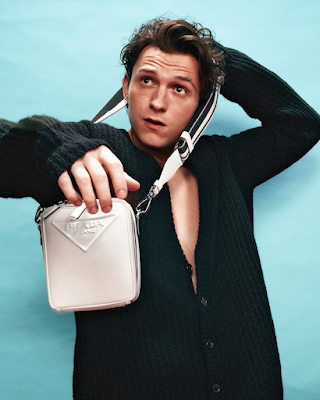 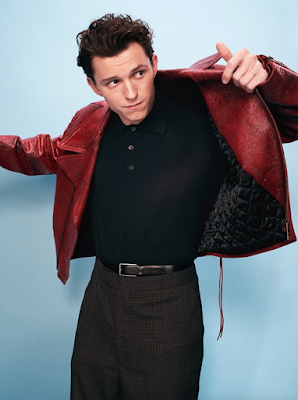 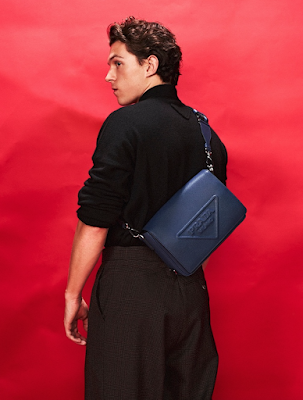 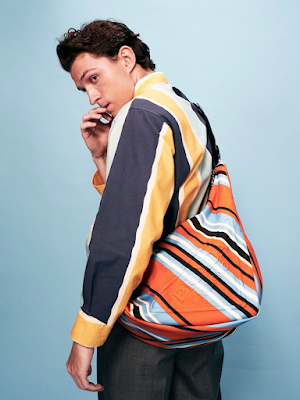 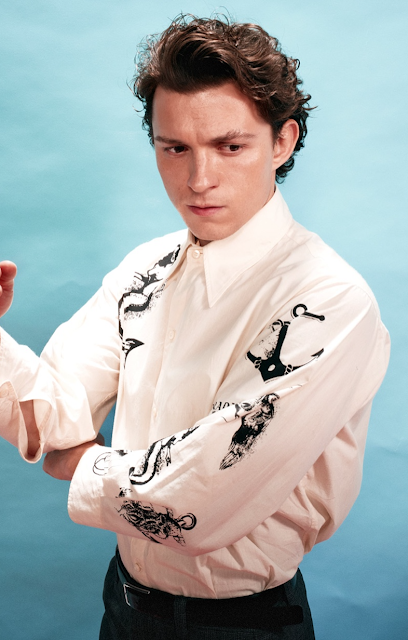 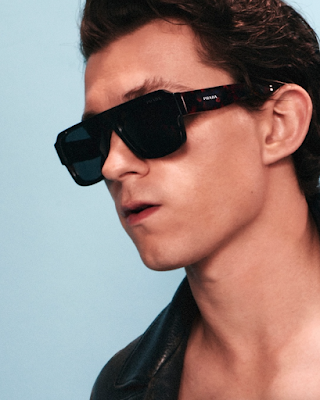 Who? Jason Adams When? 11:18 AM
Labels: gratuitous, Tom Holland

It's weird. I feel like I've seen Tom in some other fashion type photos where he looked just fine. I can't put my finger on it but this group of photos is just not that interesting in general: the poses, the clothes, all seem sort of going through the motions and lack luster. Is it just this gloomy day in the city and my own lethargic feelings toward them or is everything about them including Tom just boring. I'm willing to be wrong..............really.

I agree. Honestly, he just looks he's doing a poor impression of Timothee here. He needs to be doing his own thing-rocking that All American boy next door thing he's got. The one that's cute but keeps it under his clothes, and then when the shirt does come off it's like daaaaammmnnn, who knew?