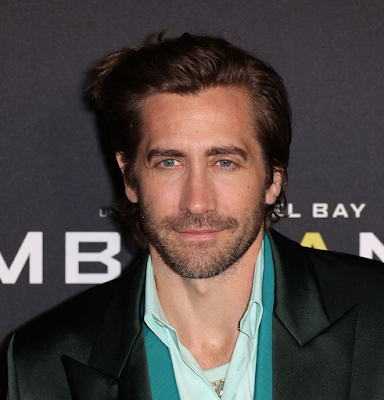 Michael Bay's film Ambulance starring Mr. Gyllenhaal premiered in Paris this weekend -- I'm surprised at what a staggered release the film is having; it's out there this week but not here in the U.S. until April 8th? Maybe COVID is making global travel an issue, by which I say good, stagger that shit, we don't need Jake being a plague super-spreader. Anyway that above is a glimpse of what he wore to that premiere, although zoomed in because I really wanted to focus on the detail of what appears to be a shiny gold mesh undershirt? Why would you wear something potentially that sexy and hide it so much? Unbutton that shirt more, ya bastard! That there above is the best picture I could find of the thing showing itself, out of many -- once he ditched the overcoat the undershirt weirdly became even less obvious. Anyway... 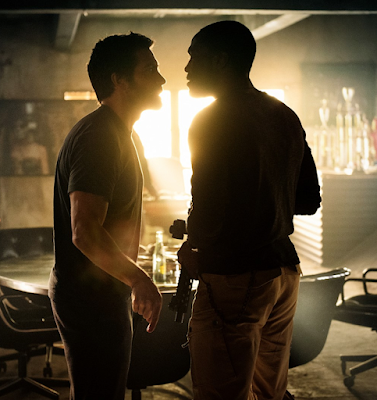 ... a few new photos from Ambulance were dropped over the weekend as well, so I will share them too. Especially since they manage to get Jake and his co-star Yahya Abdul Mateen so close, something the red carpet sadly didn't muster -- they kept their female co-star Eiza González wedged between themselves like a homosexual vibe deterrent. I guess it's only appropriate for a Michael Bay Movie red carpet. You'd think that the No Homo vibes would every so often swing around to Very Homo vibes like Guy Ritchie Movies do, but no, Michael Bay Movies remain eternally wholly depressingly hetero, even with something potentially gay-ish like the roid-fest of Pain & Glory. Yawn!

Very happy Jake Gyllenhaal is hosting SNL again in April, but def bummed they didn't get Taylor Swift as the musical guest pic.twitter.com/7TfH0PirdG

Before I get to the other Ambulance photos though I should share the other Jake news of today -- he's going to host SNL on April 7th! Sadly they didn't take my advice and have his ex Taylor Swift do music -- chaos, I want chaos! Camila Cabello is the musician on tap, which should be perfectly nice and boring and chaos-free. Yawn again! Be the chaos agent we crave, Jacob! Hit the jump for three more new Ambulance photos... 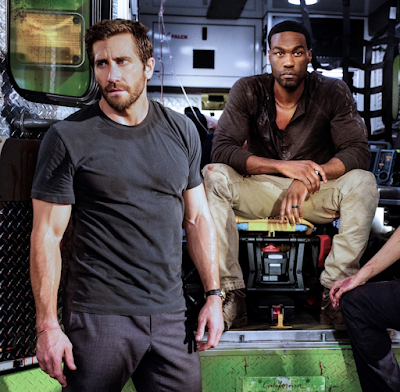 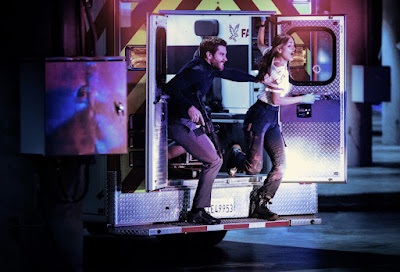 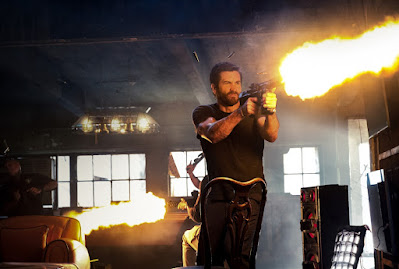 ...and that shot in the tee is why he should have been cast as Nathan Drake.