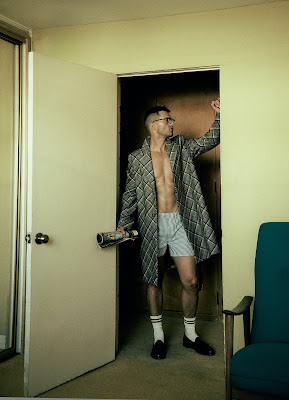 Well here is a happy treat for this Tuesday morning -- Sebastian Stan is on the cover of L'Officiel USA and looking mighty fine both there and inside its pages for a photoshoot that's giving me some happy Midcentury Daddy vibes -- click on over and read the interview and you'll be a few steps ahead of me, who's only looked at these photos so far. But before we go I have to ask -- have y'all watched or been watching Pam & Tommy? I was hesitant at first I will admit when I heard that Pam Anderson wasn't involved -- it felt like another case of her agency being taken away, when that's the entire brutal lesson we're supposed to have learned from with what happened with that sex tape... 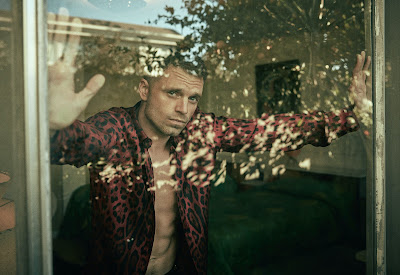 ... but I gotta admit, I've fallen into the show pretty hard; Lily James is really really good as Pam, and they're being incredibly generous towards her experience. I think they're probably being far too nice to Tommy Lee, who just comes off as a dim-bulb jackass (maybe let's not forget dude was abusive too?) but we'll see where it goes in its last couple of episodes (I'm not done yet; actually I'm not even sure how they're airing it -- have they aired all of the episodes already?) Anyway I recommend it, if you're not watching. Even beyond the spectacle of a talking penis puppet I think Lily James makes the whole thing worth watching. And now let's stare at Sebastian some more, after the jump... 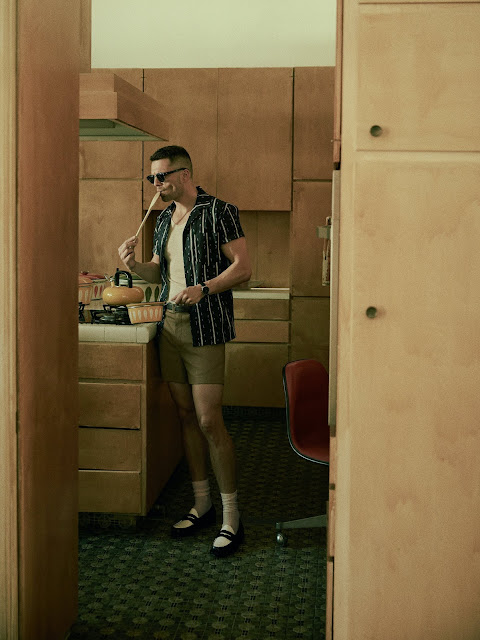 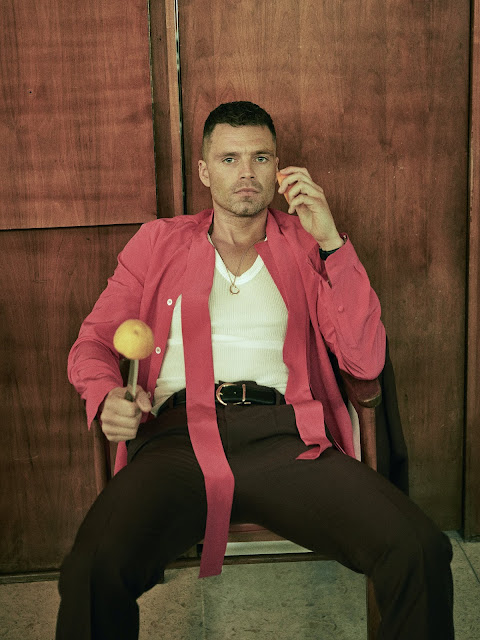 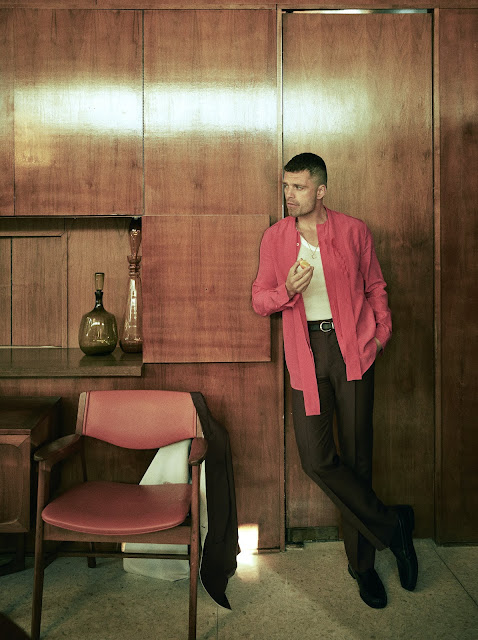 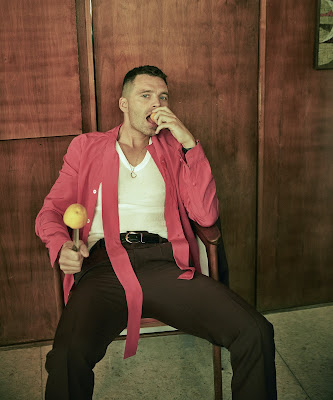 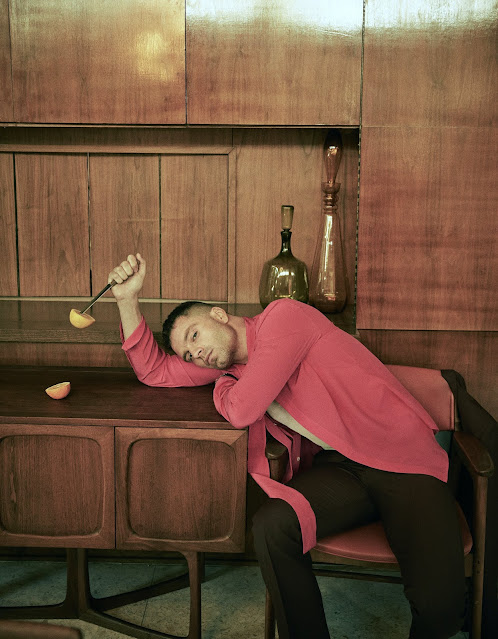 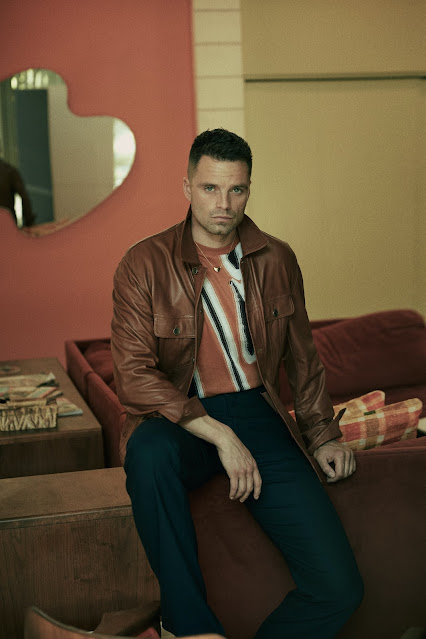 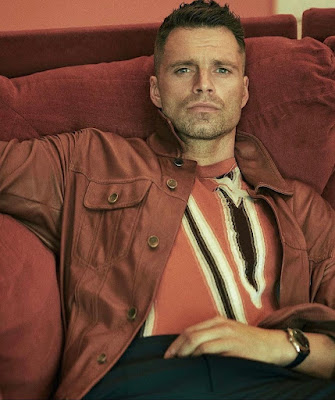 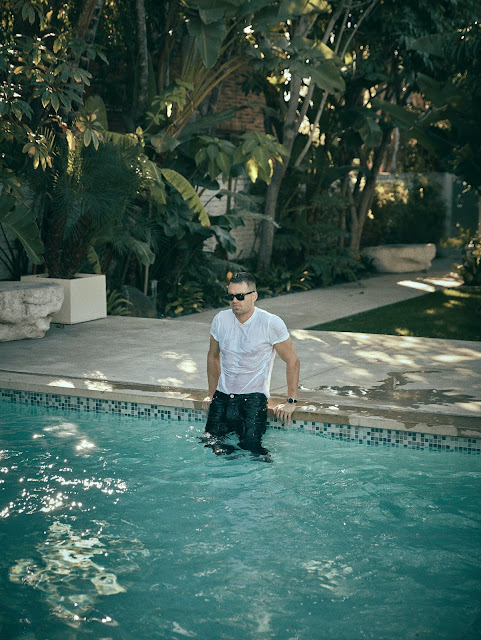 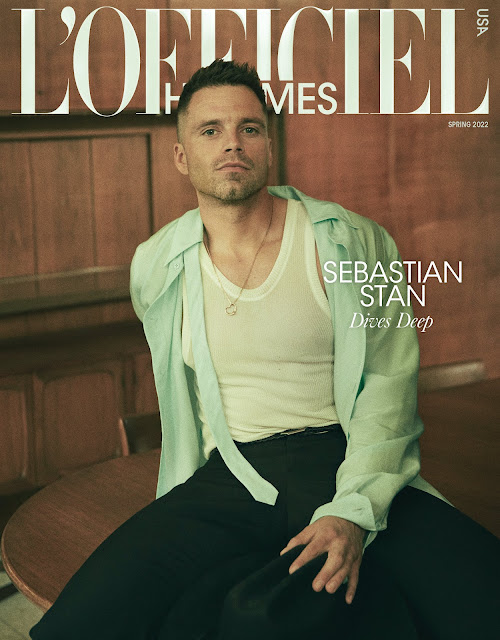 Who? Jason Adams When? 10:17 AM
Labels: gratuitous, Sebastian Stan

the fake talking penis was the end for us. they lost a great opportunity to get someone from "puppetry of the penis" to come in and do an awesome funny talking tommy dick with a real cock and balls.