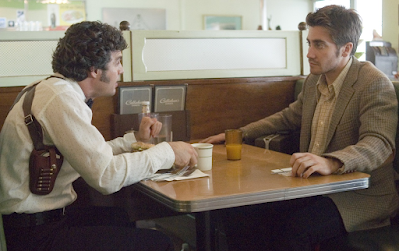 David Fincher's Zodiac was released in U.S. theaters 15 years ago today. I have really been feeling the bug to re-watch this lately, it's been several years. Besides this here anniversary I wouldn't be surprised if lots of people are thinking of this movie generally after everybody sees The Batman, since director Matt Reeves spends so much times aping Fincher in it -- I mentioned Seven in my review but Zodiac's ripped off big-time as well. Oh excuse me, homaged. Whatever. How do we feel about Zodiac here fifteen years on? I was an immediate obsessive but then it was a Jake Gyllenhaal movie in 2007, so of course I was. 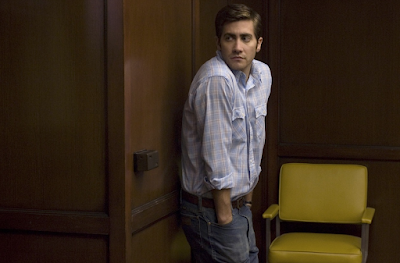 I've been feeling a yen to watch it again too; I loved it back in the day, but I haven't watched in awhile ... the "young couple gets stabbed repeatedly in daylight" scene feels more visceral and more believable to me now than it did back then. But I remember really digging the atmosphere, loving Jake (of course) and Chloe Sevigny, and that super creepy scene where Jake is in a basement (maybe?), researching (something?) and someone is stomping around upstairs (?) ... okay, obviously it needs a rewatch, at least from me. :)

Good film with that brilliant daylight stabbing scene. I should rewatch as well. We need a movie club where we can all re-visit a film and then comment on it. Wish I had someone I could do that with.