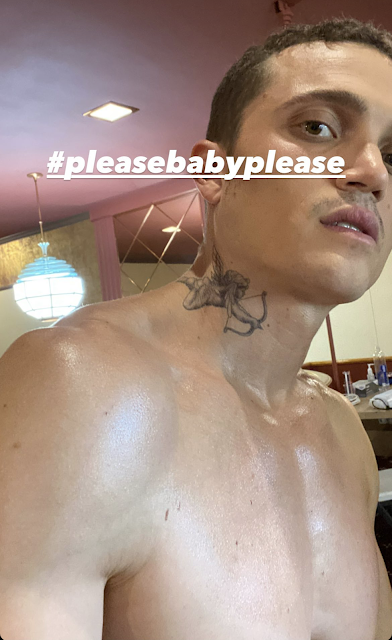 "The lustful gazes exchanged between Arthur (Harry Melling) and Teddy (the always delectable Karl Glusman, here in full leather boy cruising mode), as well as the electrifying fear-turned-titillation Suze (Andrea Riseborough) experiences (Arthur may want, but Suze wants to be Teddy), set them both on a conquest to undo the relationship they thought they wanted. In the process, Kramer sketches out a feverish queer manifesto on gender that feels both novel and familiar."

That line is from MNPP-pal Manuel Betancourt's review of Please Baby Please in Variety last week, which I am just noticing today after Karl Glusman shared the two snaps from the film's set seen here on his Instagram last night, thereby reminding me that the movie actually had its premiere at the Rotterdam Film Festival on the 26th. I had forgotten! There are only two reviews on Rotten Tomatoes and they're both very positive (here's the other) and I really need this movie inside of me already. Here is my original post on the movie (which has more snaps of Glusman in his leather-boy getup) and here's my second, which, yes, more pictures. We all know why we're here. I mean we're here for a movie that director Amanda Kramer describes as "a fucked up, queer, upside down West Side Story" obviously! But we're here first and foremost for Karl. As was Kramer. Here's another choice quote, this time from her:

"Not to embarrass Karl, but that’s what it’s like for him in real life. He has this immense beauty that leaves people agog. Harry understood that and every time he looked at him, I would get butterflies in my stomach. I was hoping he gets him! ... The thing is, I don’t have that much to say about sex. What I was thinking about was idealized love. You look at this other person and even though you are bursting inside, you know that as soon as you have sex – or as soon as I show it on screen – it won’t be as hot. But I do think that one amazing kiss is necessary." 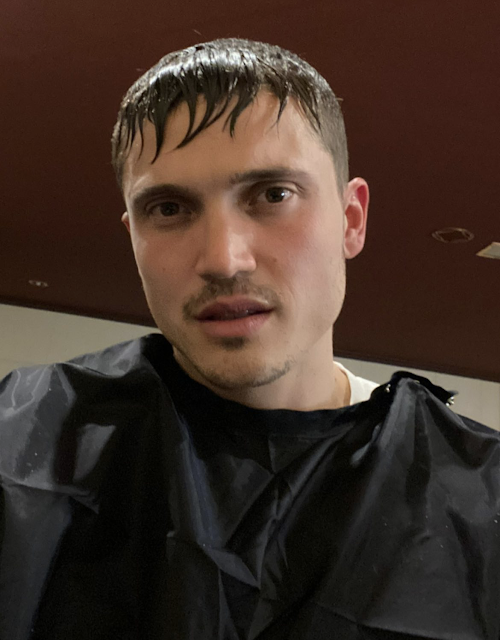