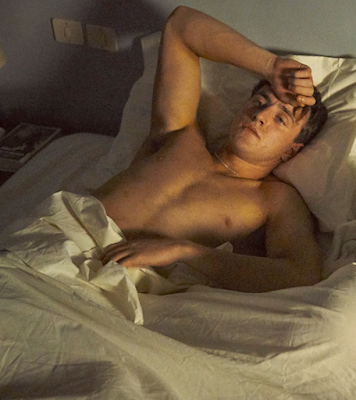 And a happy 26th birthday to the actor Paul Mescal today! And no I am trying not to think about the fact that he was born when I was a Freshman in college, so don't you bring that up here please. Anyway! We all know that Paul turned in an immediate star-turn with the series Normal People, which was basically his very first gig -- the good news is I thought he was wildly charming in his small-ish role in Maggie Gyllenhaal's The Lost Daughter, and so I think NP mightn't have been a fluke! That's good news. Especially since his next big gig is The History of Sound, one I was already immediately looking forward to (to put it mildly) due to its description -- a weary WWI romance between two soldiers played by Paul and Josh O'Connor? Um, yes, yes please -- but have only gotten even more enthusiastic about given how head-over-heels I fell for the director Oliver Hermanus' film Living which just played Sundance. Here is my raving review of that lovely thing. I also adored Hermanus' previous movie Moffie, about gay soldiers in South Africa -- reviewed here. Basically I've all but decided that Hermanus is my new fave and this movie's the probable ticket to take us over the threshold, happily married, forever bliss. Or so I'm hoping! But no pressure, Paul & Co!
Who? Jason Adams When? 10:13 AM
Labels: birthdays, gratuitous, Josh O'Connor, Paul Mescal, Sundance