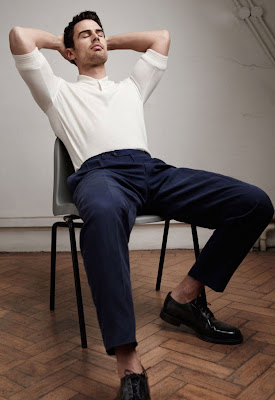 Some more names have dropped onto the cast-list today for the second season of Mike White's The White Lotus, joining the batch I told you about last month -- THR says that the show will also now include Theo James (who you should know from that time he walked naked out of the surf on Sanditon, among other accomplishments) alongside Meghann Fahy (who's on The Bold Type) and Will Sharpe (from Landscapers); James & Fahy are playing a vacationing couple, while Sharpe is playing Aubrey Plaza's partner. The link has more details if you need them. Oh and then there's newcomer Leo Woodall joining the cast as well, but I already documented that adorable boy on Twitter...

Say hello to Leo Woodall, who's just joined season 2 of #TheWhiteLotus -- here's his Insta: https://t.co/CTROcNhzs7 I guess he was also in Cherry with Tom Holland? pic.twitter.com/Ccdy1QfsFE