Criterion Says It's Gonna Be May 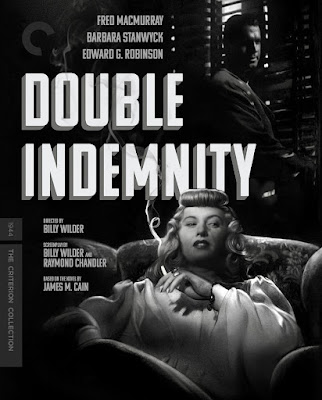 How does time even work anymore? I have no idea how a month has passed since the last time I did one of these Criterion announcement posts -- it feels like I was just telling you about The Girl Can't Help It yesterday, but that was four full weeks into the past. So here we are today, with the films that Criterion will be releasing onto blu-ray in the month of May! Okay, sure, great, let's do it. The big title, the one they're giving the 4K treatment, is Billy Wilder's classic noir Double Indemnity, which stars a spectacular Barbara Stanwyck, ice blonde as we ever got her as perhaps the greatest femme fatale of all time, stomping the heart and soul out of the sucker Fred MacMurray. And man do we love to watch her do it. This is one of the movies that lives up to its perfect reputation -- they don't get any better. And the extras on the disc look pretty special, so make sure you check out all that on Criterion's site. 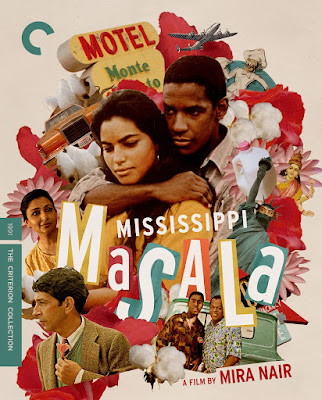 Also pretty damned exciting is the 4K restoration of Mira Nair's romance Mississippi Masala, which stars Denzel Washington and Sarita Choudhury and which has long been sought by collectors as the DVD's been out of print for awhile. I think I saw this back in the 90s around the time it came out but not since, and have been dying to revisit -- especially with Choudhury being the only good thing happening on the Sex and the City reboot (yes I watched that thing, I have no idea why). Also this is Prime Denzel Time... 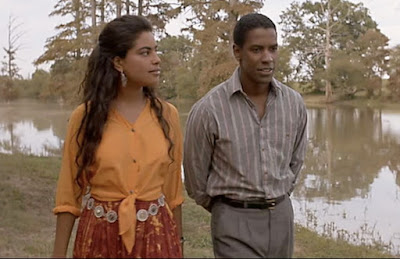 I mean look how gorgeous those two are! Damn. I bet this movie is gonna play like a revelation all these years later. The other three films hitting disc in May are "Wayne Wang's Chan Is Missing, a mistaken identity in World War II–era Paris in Joseph Losey's Mr. Klein, and... the maker of Tampopo, Juzo Itami, takes on the Japanese way of death in The Funeral." I haven't seen any of these but per usual can't wait for the chance to change that now. I mean any excuse for Alain Delon, after all... 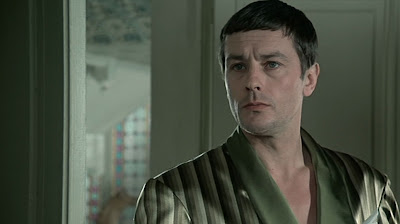 I've never heard of Mr Klein, but very excited to see it. Mississippi Masala, I wanted to like it back in the day. Saw it in the theater. But I came away thinking it was too hetero for me haha. I should rewatch it just to see if I have that reaction again. And of course, the acidic doom of Double Indemnity, wow, that is quite a great film. For once Fred M was cast correctly.

I generally can't stand Fred MacMurray, but this and The Apartment he's great in, which leads me to believe he should've only played simps and assholes.

That was exactly the implied point in why I said properly cast. :)

Finally Double Indemnity! I agree completely about MacMurray. The Apartment is an amazing movie. Still, Criterion is giving movies I'm more bleh about than excited. I'm hoping for some jaw droppers this year!