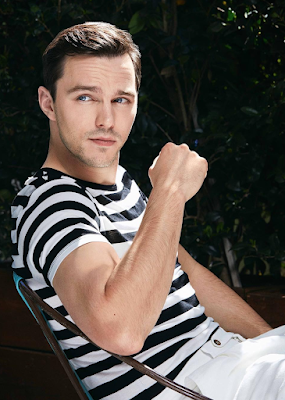 For some reason I thought we already knew that Hulu had renewed The Great for a third season, but seeing as how the news just showed up in my inbox and I never posted about it before I guess I'd just assumed that! So I'm glad to have my assumptions confirmed -- hell everybody at Hulu should be glad, because if they'd canceled The Great they would've heard about it. (Kind of like Sauron "heard about" the one ring melting in Mount Doom.)

Nicholas Hoult in black lace and pearls is my new religion pic.twitter.com/As1RA4HP9A

Have y'all caught up with the second season by now? And not just Nicky's butt scene, I mean. The whole thing? My love affair continues apace. I could watch ten seasons of it, although I will admit I am not really sure how much longer they can keep up having Catherine not kill Peter. It's sort of stretching thin, and I say that as a person who will literally gnash my teeth and rend my garments when and if they get there. Hoult's performance is just too much fun to lose. In a wildly random aside I also watched the Mads Mikkelsen film Riders of Justice over the holidays (also on Hulu) and the thought occurred to me -- wouldn't Mads be a perfect addition to The Great's cast? I guess it was seeing Gillian Anderson (his Hannibal co-star) show up as Elle's mom, but The Great needs some Mads, just as I need to make y'all vote on this dumb poll... 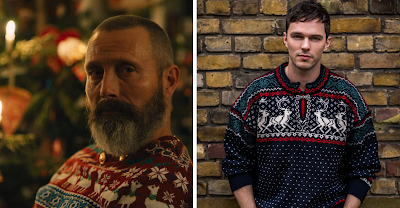 I think I would literally sell my soul.