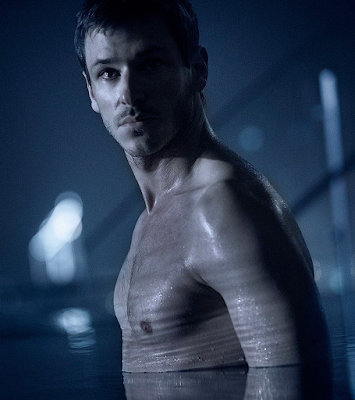 Actually not so good, as I'm bearing woeful news -- actor Gaspard Ulliel has died at the far-too-young age of 37 after a skiing accident in the Alps. He collided with another skier and suffered a traumatic brain injury. What a horror. And he was just about to have his biggest U.S. platform to date in Marvel's The Moon Knight series (I just shared the trailer yesterday) -- not that he doesn't leave a ton of worthy work in France, but it was something to look forward to, seeing more of him. The last thing I saw him in was 2019's Sibyl opposite Virginie Efira, which I was weirdly just talking about yesterday (for those keeping count that is two Gaspard Ulliel projects I alluded to yesterday without even realizing it) -- but it was 2014 with Saint Laurent when I really came to appreciate him. That was my fourth favorite film of its year and he was obviously a huge part of that. What a tremendous loss. Check our archives for more of him, and sound off on your favorite roles of his in the comments!

I was working at Macy's Herald square a few years ago, the only thing that made it bearable was Ulliel's Chanel ad on a loop. Such sad news.