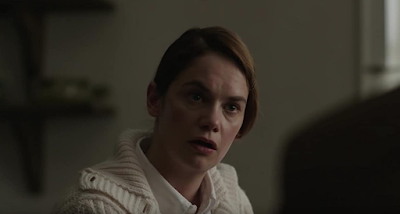 Lily: I am very seldom required to wear white by my employers. But, anyway, I always do. It has always been that wearing white reassures the sick that I can never be touched, even as darkness folds in on them from every side, closing like a claw.

A happy 40th birthday to the great Ruth Wilson today! There were several other projects I wanted to quote for her birthday but IMDb didn't have quotes listed from them, so I went with this 2016 horror film which I still have never seen somehow -- it was directed by Oz Perkins (aka Anthony Perkins' son) who also made the stylishly strange Gretel & Hansel a couple years back; I really should see this one, it's been on Netflix this entire time and everything. 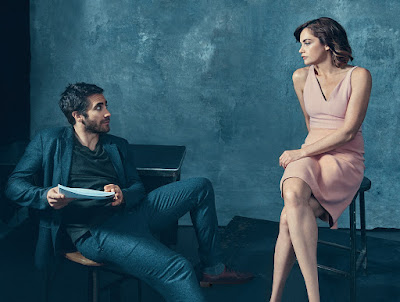 As for Ruth if I was going to do a "The Moment I Fell For..." post for her it'd be a stage thing -- I saw her act with Jake Gyllenhaal in Nick Payne's play Constellations the year before this movie, in 2015, and she blew me away. I'd only been somewhat familiar with her before then -- she has a face you notice on-screen so she stood out in small roles in Anna Karenina and Suite Française, but I still have never seen her play Jane Eyre in the 2006 miniseries version. Is that worth looking up? 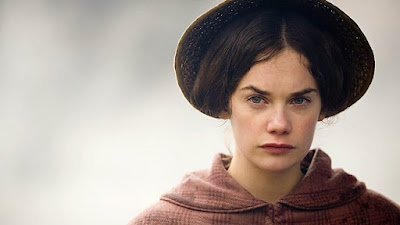 All that said my favorite Ruth role is an ongoing one -- her turn as Mrs. Coulter on HBO's His Dark Materials series -- which surprised me! She did not seem like the right casting for the role going in, but she's been truly exhilaratingly terrifying and weird on it; the best reason to watch the show at all. The third and final season is supposed to premiere sometime this year and I can't wait to see what skin-crawling antics she gets up to. What's your fave Ruth role? 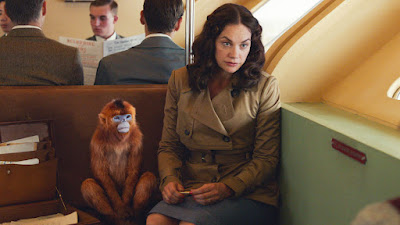 The production of Jane Eyre starring Ruth Wilson and Toby Stephens is one of the best versions of the story ever filmed!

PS: Ever seen "Capturing Mary" and the accompanying "A real Summer"? 'D love to read your thoughts on those.

Loved her in Luther