Okay! Here this is! I promised it on Friday and then pulled a "me" and didn't do shit except google photos of Andrew Garfield lifting his arms above his head. That's so Me, to the tune of That's So Raven. I used the excuse that I might have more Sundance content coming out and... well I still might? I haven't decided. But the fest is now over and done -- here are the films that won awards -- and for as of right now I have written ten reviews, and I shall link to them! More than that! I shall link to them in order of preference. Starting with my least favorite reviewed and working up to my most (although the only two that I'd say were actually actively bad are the ones I have ranked at #10 and #9 here). Also mind you I saw around 40 films (that includes short films) so this list, of just the ten that I have reviewed, is hardly the complete picture. And I might write up more? I might not? Today I don't have that answer, but I do have these ten... 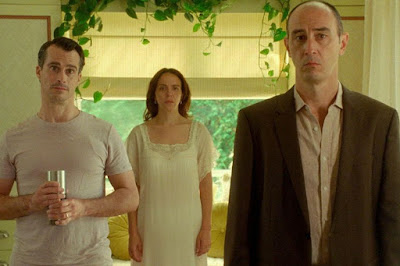 "If the intention is to induce queasiness to go along with the drunken asshole antics then Mission Accomplished, but to what end? I know what it's like to be fall-down drunk and nobody is signing up for that experience in 4DX." 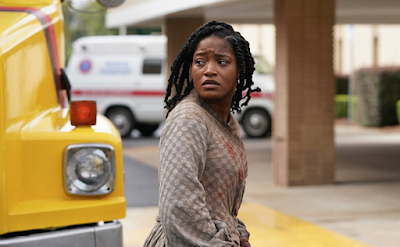 "We've seen this same traumatic slave narrative hundreds of times by now, and the only thing that kept me plowing through it this time was Keke Palmer, giving every expected beat her all." 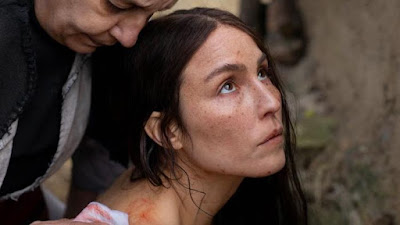 8. You Won't Be Alone (dir. Goran Stolevski) -- reviewed at Pajiba

"It’s actually rather lovely. Most especially in the film’s Orlando-esque second half as Nevena discovers her ability to shape-shift into other forms so she can experience life from their vantage. As “lovely’ as something that involves tearing out the original owner’s organs can be anyway, but the metaphysical-ness of it, which Stolevski leans hard into, strangely manages the feat." 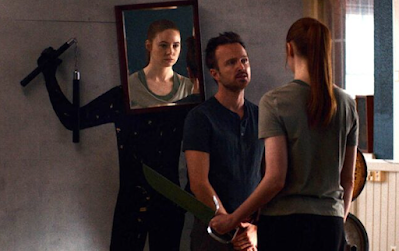 "Here too Dual, as deadpan inclined as its disposition might be, feels fiery in its back-end convictions -- what is the modern state of the law besides some way to keep us at war with ourselves unto infinity, wiping out the expiration dates on such mediocre substance as flesh, identity, selfhood" 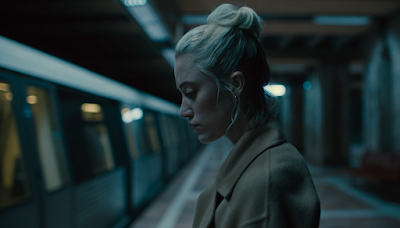 "The silky cinematography from Benjamin Kirk Nielsen, muted creams and grays just screaming out for the splashes of crimson we know will come eventually, is to die for, leaving just the right amount of fuzzy out-of-focus at frame’s edges to make us lean forward. There’s an absolutely chilling sequence on a subway train at night that deserves to be studied under the banner of “how to film suspense”..." 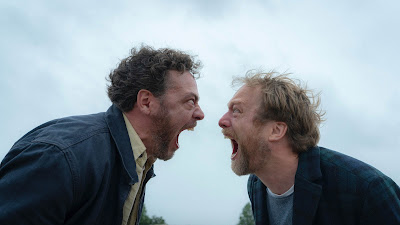 5. Speak No Evil (dir.Christian Tafdrup) -- reviewed at The Film Experience

"The gay reading is there for those looking, and becomes moreso as the movie plows along. It's baked right into the eventual tragedy of the thing. Because yes, Speak No Evil gets dark -- so dark you can hardly stand it eventually." 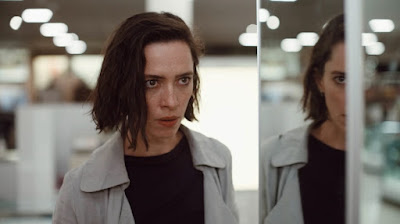 "Anybody who doesn't want to watch the hell out of a movie about Rebecca Hall losing her mind over Tim Roth is not anybody I wanna know." 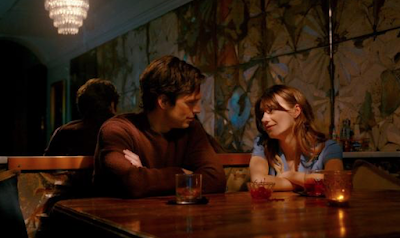 "If you ever wondered what might happen if Promising Young Woman met cute with Patrick Bateman then have I got the movie for you!" 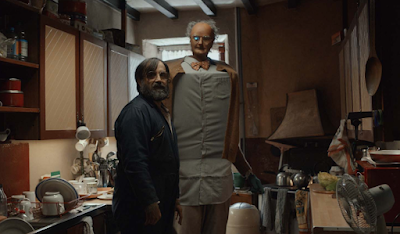 "We’ve seen the “boy and his dog” story a million times and there’s a reason for that—the story works, and Brian and Charles, a shaggy goofy lo-fi Brit-wit spin on the thing, works as well as it ever has." 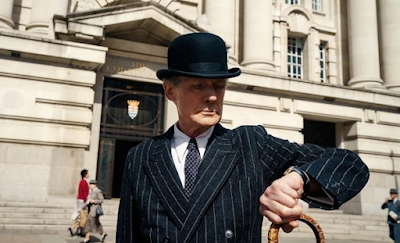 "Not that Nighy over-plays it—his unshowy work, expertly maneuvered, remains so dialed back and oft-closed-off you become tuned into the slightest shifts in temperature; he makes you lean in so close you begin noticing half- and quarter-degrees. All the better to devastate you when the time comes for devastation, of course. And come does it ever."