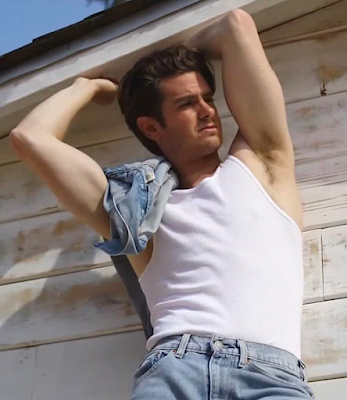 If you're anything like me... eesh, my apologies. That sounds awful. But besides the main spate of horrors it also means that you have spent roughly 27% of the past two days thinking about those two new photos of Andrew Garfield shot by Ryan McGinley for Netflix Queue magazine that I shared yesterday morning, and that's the least of our problems. Like there are definitely more important things I need to be doing, what with Sundance wrapping up, but everybody needs a dang break here and there and those photos have proven useful. In related nonsense news did any of you notice how similar one of McGinley's photos of Andrew (posted back when we first saw this shoot) was to a photo he took of Harry Styles not too long ago? 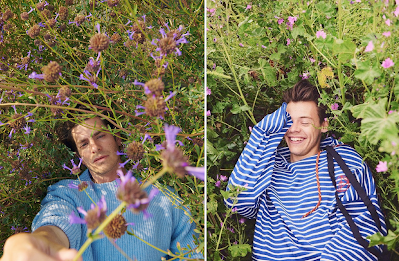 bike trails
Of course you didn't notice that -- only crazy people like me notice such things, but there that is, and congratulations, you just lost a childhood memory so you could know it. Anyway I've spent so much time today just drifting off towards these photos, other photos, all the nonsense, because it turns out after watching forty or so movies in the span of a week I am a lil' bit burned out! Who'd have thunk? Which leads me to my point, which is I haven't done the literal only thing I promised I'd do today, which was round-up all of my Sundance coverage. Jinkies. But you know what? Sundance isn't actually over -- I still have some screeners I haven't watched, and the awards are being announced in a couple of hours at which point they're adding a new round of screenings for the weekend, so this is actually fine? I can round things up on Monday, as long as we don't get buried under a mountain of snow and die that is. Who knows! I'm just making excuses for being lazy and sitracted, but I've made far worse excuses than these ones before. So y'all enjoy your weekend, try not to get buried alive if at all possible, and for us the gift of a few more Andy gifs after the jump...

Who? Jason Adams When? 5:17 PM
Labels: Andrew Garfield, gratuitous, Who Wore It Best?

His campaigning for Oscar this year by getting progressively sexier is certainly a choice.

This is a very armpit-forward photoshoot. And I'm very ok with that

putting all my Jake G stock into Andrew now considering new information. Sorry to you too Jason

Hi where is video of this photoshoot
from ?