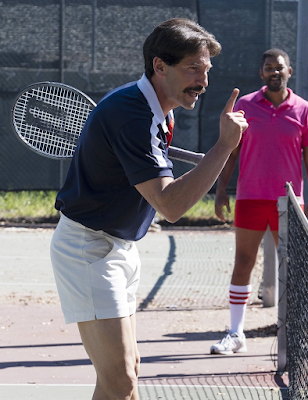 I have been paying far too little attention to the fact that there is a movie coming out that has Jon Bernthal simultaneously 1) with a mustache and 2) wearing tennis shorts. That movie is King Richard, which is mainly being sold as the movie that will get Will Smith an Oscar for playing Venus and Serena Williams' father. I have very little interest in any of that, but the Jon Bernthal stuff, that cathes my attention. This new photo comes at us via Vanity Fair today (thx Mac), where they talk to Jon about doing the film along with his ridiculously stacked schedule for the past few years -- choice bit for me was how he'd never played tennis before making this movie but got to practicing three to six (!!!) hours a day -- I hope the King Richard blu-ray contains every single minute of that footage. 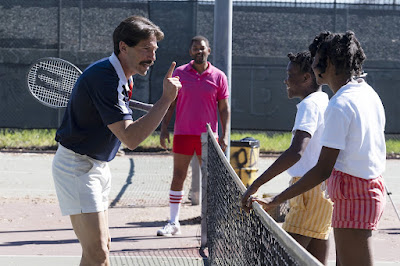 
Jason, have you seen JEREMY IRVINE recently?! He's appearing on UK television in 'Dalgliesh' ... in all his 1970s glory! Please do a search and add a photo ... his look is sublime!

Lee -- I hadn't seen that! Looks great, thanks for the heads-up -- the stache is HOT